With more than a week to go before 1923 continues its freshman season, may we interest you in a few Episode-5-and-beyond teases, courtesy of star Brandon Sklenar?

When TVLine recently chatted with the actor, we first covered Spencer’s emotional bombshell from the end of Episode 4. In case you need a refresher: After a significant amount of time canoodling on the coast, Alexandra persuaded her taciturn fiancé to finally open the pack of letters from home he’d been carrying around since the war. As the couple read them together, they learned that Spencer’s brother, John, had been killed in an ambush by angry sheep farmers, and that his uncle Jacob was likely a goner, as well. (Check out the full recap here.)

“Once it’s gone that long, almost you don’t want to know, because it’s too painful to know,” Sklenar says in the video above. “And I do think there is something in the back of his mind where he’s kind of anticipating one of these letters is going to be ‘Someone’s dead. Something happened.'” 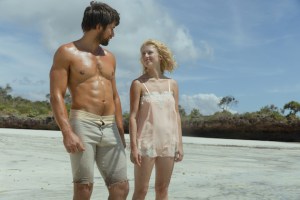 Now that the Dutton nephew is aware of the threat to both his Aunt Cara and the family ranch, “I can say that he immediately takes action to getting home,” he says, adding: “It doesn’t get easier for anybody, I can say that, in classic Taylor Sheridan fashion.”

1923's Spencer Is a Red Flag in Khaki: Some Unsolicited Advice for Alexandra as They Start Their Adventure Together 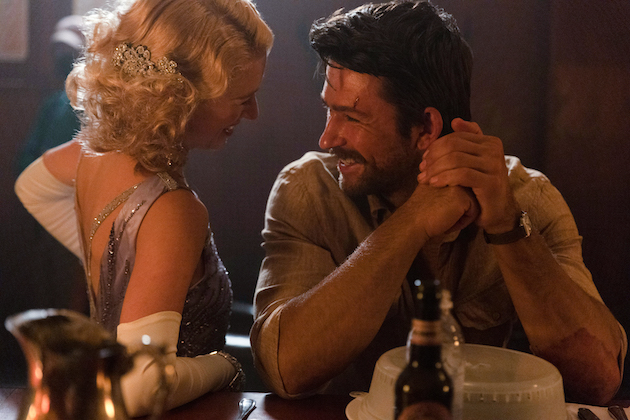 We also covered the sparkfest that is the Spencer/Alexandra relationship (“the more they go through together, the deeper their bond becomes,” Sklenar says of his character’s deep love for — and sizzling attraction to — Julia Schlaepfer’s Alex) and why Banner Creighton and his crew might want to skedaddle before Spencer gets back to Montana (“You definitely do not want to kill the brother of the guy who is one of the most decorated World War I heroes and who hunts things for a living. You don’t want to rattle that cage”).

And we haven’t even mentioned the elephants yet! (Yep, he’s got a story about elephants, as well as an uncooperative horse with an unfortunate name.) Before 1923 resumes its season on Sunday, Feb. 5, press PLAY on the video above to get Sklenar’s scoop on all things Dutton.