In 2013, the California video-game company Naughty Dog released an epic, emotional ride set a few decades after a global fungal outbreak had turned most of the world into zombie-like creatures. The Last of Us followed a hardened survivor named Joel as he transported a teenage girl named Ellie — who was somehow miraculously immune to the fungus’ devastating effects — across a post-apocalyptic wasteland. Though Ellie started as “cargo” (Joel’s gruff words, not ours), the pair came to care for each other greatly… which led to some harrowing late-game decisions from Joel.

The Last of Us became a beloved hit, spawning a sequel (The Last of Us Part II), picking up more than 200 Game of the Year awards and creating a fervent fandom deeply invested in Joel and Ellie’s story. (Shop The Last of Us Part II at Amazon.) Now, HBO is hoping post-apocalyptic lightning will strike twice: Its adaptation of the game, starring The Mandalorian’s Pedro Pascal as Joel and Game of Thrones‘ Bella Ramsey as Ellie, premieres on Sunday, Jan. 15, at 9/8c.

Chernobyl creator Craig Mazin serves as The Last of Us‘ showrunner; Neil Druckmann, who wrote and was creative director on the game, is an executive producer. 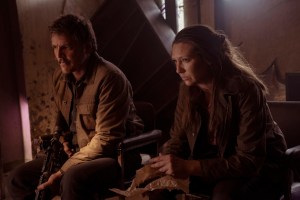 “When I teamed up with Craig, he just fundamentally understood what was important and not important,” Druckmann tells TVLine in the video above. He adds that any concerns that the finished TV product wouldn’t resemble his labor of gaming love “went away really quickly and were replaced with a deep trust in this other creator to, as he would put it, ‘co-parent’ this thing.”

Many of their conversations, he continues, dealt with the difference between what works in active (i.e. video-gaming) formats versus passive (TV), and what would have to replace the bits that needed to change. That said: There is a lot in the show that fans of the game will recognize, right from the adaptation’s very first moments. 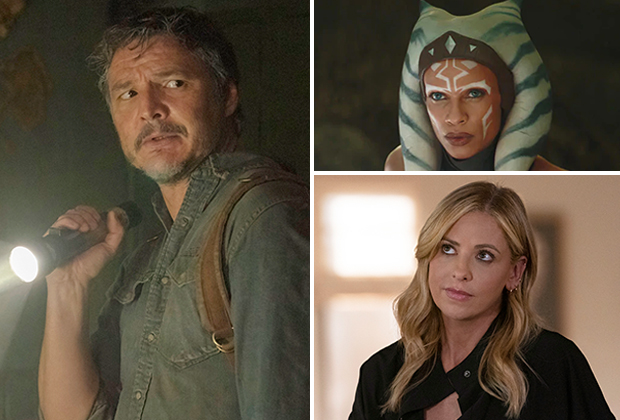 Chalk that up to Mazin’s love for the forerunner. “Because I’m a fan, I experienced it the way Neil intended to originally, so I knew the moments that I was like, ‘We’ve got to do this exactly the same,'” the EP says. And just in case any OGs (original gamers, naturally) are still worried? “I would say this: If you’re a real fan of The Last of Us, you could probably make a list of things that must be in The Last of Us.” He smiles. “Pretty sure we covered them.” 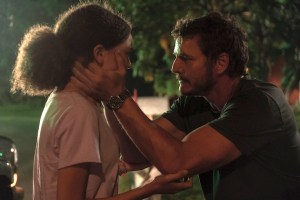 As it does in the game, the show opens right before Outbreak Day: aka the day that the Cordyceps fungus starts taking root in human brains, transforming everyday people into vicious, unthinking killers. “It’s a day that shapes [my] character,” Pascal says, “that kind of calcifies a loss and a heartbreak that can only be chipped away at by Bella’s character, Ellie — and being forced onto a journey with a mirror of yourself, in the shape of a teenage girl.”

Meanwhile, Ramsey points out, we’ll learn that Ellie is someone who’s gone some time without anyone to depend on. “Her biggest fear is ending up alone,” she notes (please note Pascal’s face in the video as she says it!), “and that’s very prevalent, right from the beginning. I know that was a key thing in the game, and that definitely translates into the show.”

Press PLAY on the video above to hear more of what Pascal, Ramsey, Druckmann and Mazin — as well as co-stars Anna Torv, Gabriel Luna and Merle Dandridge — have to say about the ambitious new series. Then hit the comments with your thoughts/hopes/predictions!