Now that your broadcast-TV favorites are on holiday break, TVLine is surveying how each network’s shows are stacking up thus far in the 2022-23 TV season — wrapping things up with a look at Fox.

Listed below is the average DEMO RATING for each Fox series (including Live+7 DVR playback). Alongside that is the TOTAL AUDIENCE for each program, as well as any noteworthy PERFORMANCE NOTES.

Each program’s RANK represents how it is faring in the coveted-yet-dwindling 18-49 demo compared to other shows on Fox, since that’s what matters come renewal/cancellation time; any ties in the demo were “broken” by total viewership. 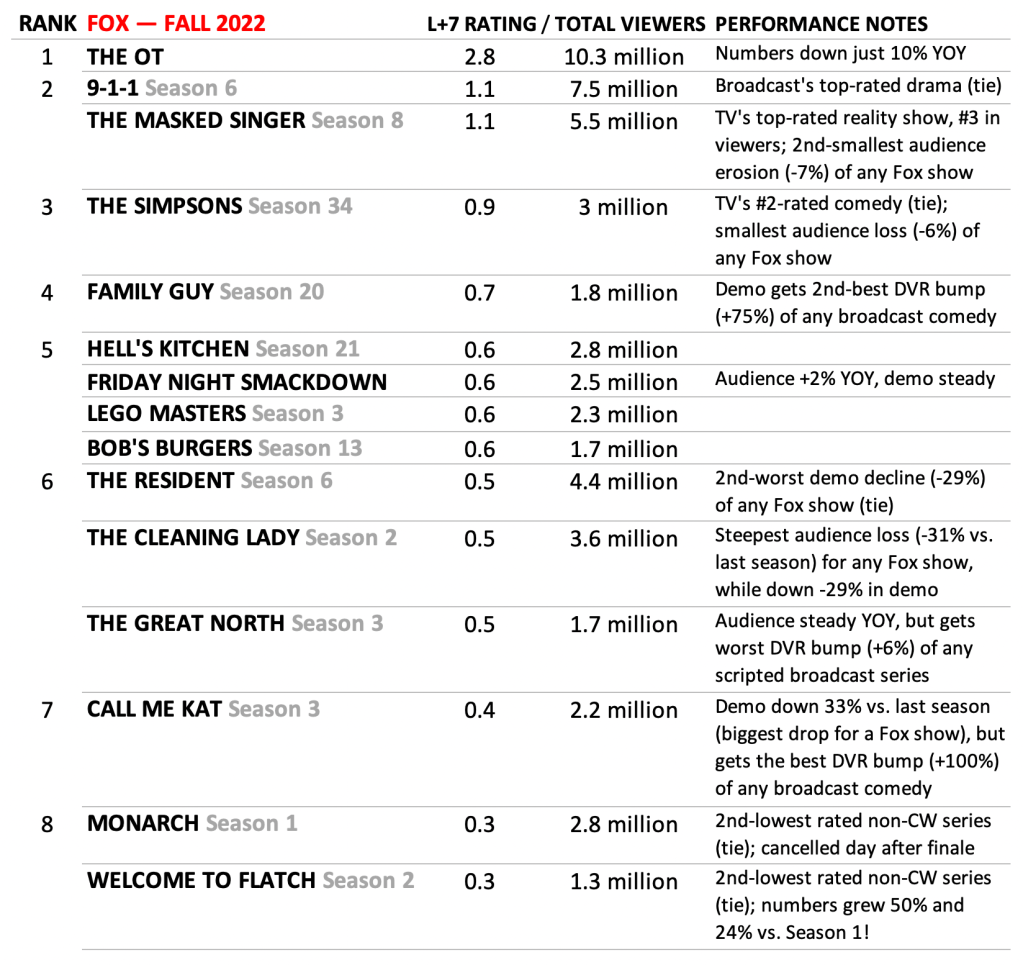 THE TVLINE BOTTOM LINE: What you’re not seeing on the chart above is Thursday Night Football, which last fall netted Fox north of 15 million weekly viewers and higher than a 4.0 demo rating. No, that franchise has been lost to Prime Video. So Fox filled the gap with the first fall cycle of Hell’s Kitchen in four years, teamed with its (stalwart?) live-action sitcombo. 9-1-1 is holding up well, tying two-thirds of NBC’s #OneChicago as broadcast’s top-rated drama, while The Masked Singer for all its faults continues to do what it needs to do. The Cleaning Lady‘s numbers took some sophomore hits; could decent buzz keep it alive?