Now that your broadcast-TV favorites are on holiday break, TVLine is looking at how each network’s shows are stacking up thus far in the 2022-23 TV season — today turning our attention to The CW.

Listed below is the average DEMO RATING for each series on The CW (including Live+7 DVR playback). Alongside that is the TOTAL AUDIENCE for each program, as well as any noteworthy PERFORMANCE NOTES.

Each program’s RANK represents how it is faring in the coveted-yet-dwindling 18-49 demo compared to other shows on The CW; any ties in the demo (and there are MANY on The CW!) were “broken” by total viewership. 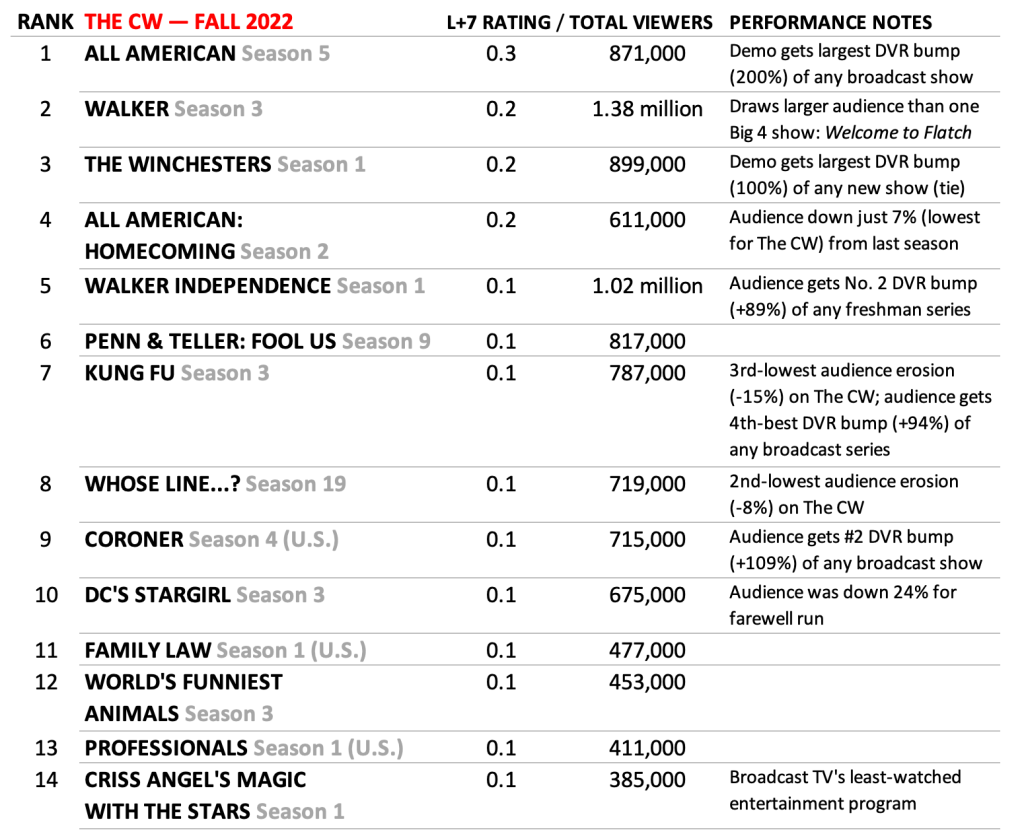 THE TVLINE BOTTOM LINE: As it did last season, All American leads the pack in the demo, while offshoot Homecoming is holding pretty steady in audience in Season 2. Among the returning shows yet to debut this season, February brings the farewell run of The Flash (which last season ranked No. 2 in the demo and No. 4 in audience), followed in March by Season 3 of Superman & Lois (which last season ranked No. 2 in both measures); those awaiting premiere dates include the Riverdale and Nancy Drew swan songs. Basically, for new owner Nexstar, there’s a positive to be found in almost any of the above non-cancelled dramas, while the unscripted fare is… um, presumably super-affordable! But remember, Nexstar did warn that perhaps only “a couple of shows” will continue on into the 2023-24 TV season….