Yellowjackets‘ present-day Van looks surprisingly great for someone who endured mid-forest facial reconstruction surgery at the hands of scared teenagers and then was nearly burned alive.

But don’t take our word for it — see for yourself in these first photos of new cast member Lauren Ambrose in Season 2 of the Showtime thriller.

The cable network on Thursday released the shots above and below, which show the Six Feet Under alum as a grown-up Vanessa “Van” Palmer (who is played by Liv Hewson in the flashback storyline). Ambrose’s casting was announced in August.

The series unfolds in two timelines, following members of a high school girls’ soccer team as they struggle to survive after a plane crash, and then as they deal with survivors’ guilt in the current day. Fans will recall that when wolves attacked some of the girls in Episode 7 of the first season, Van took the hardest hit: The vicious animals clawed and bit away half of her face, and her friends were so sure she was dead, they placed her on a funeral pyre and nearly torched her before realizing their mistake just in time. They also patched her up as best they could, but the scars she sported by the end of the season were gnarly. 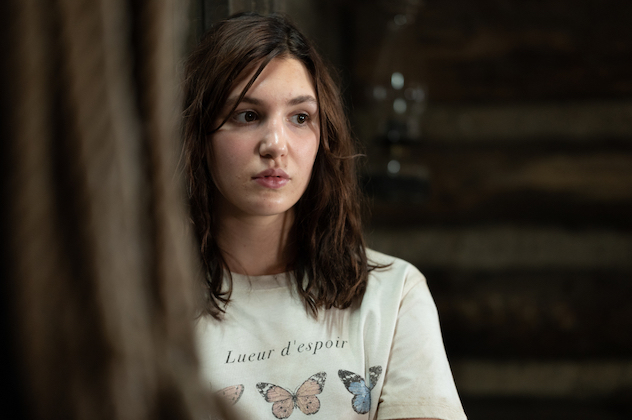 In addition to Ambrose as adult Van, Season 2 will introduce Obi-Wan‘s Simone Kessell as the adult version of Lottie (played by Courtney Eaton in flashbacks), whose post-wilderness survival was a mystery until the final moments of the Season 1 finale. Other sophomore season additions include Elijah Wood (the Lord of the Rings trilogy) as a citizen detective and Jason Ritter (Raising Dion) — who is Yellowjackets star Melanie Lynskey’s real-life husband — in a mystery role.

Yellowjackets recently was renewed for a third season, far ahead of its Sunday, March 26, 2023 Season 2 premiere.

Take a good look at the photos above and below, then hit the comments with your theories/thoughts/feelings about what’s ahead on Yellowjackets! 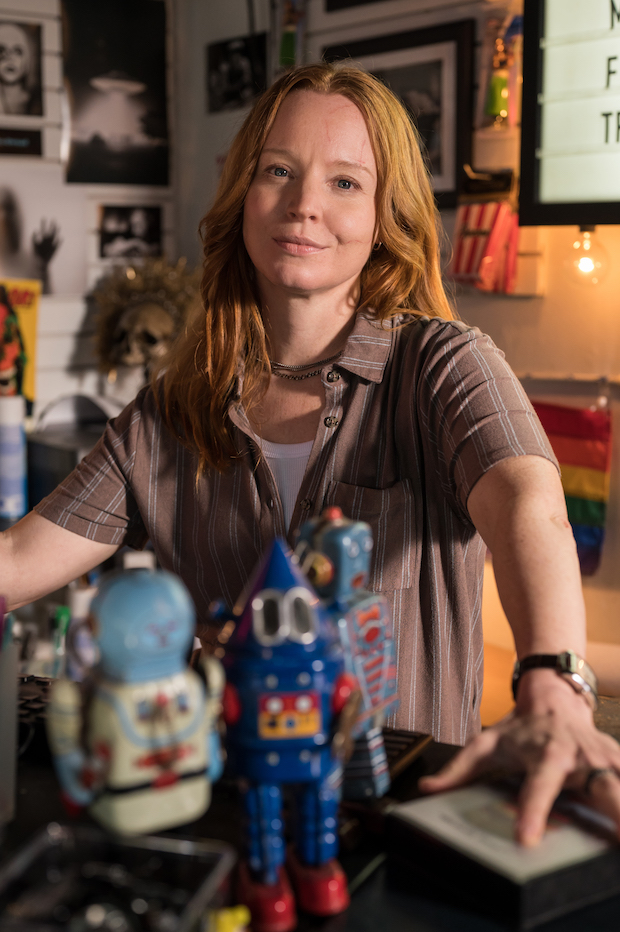 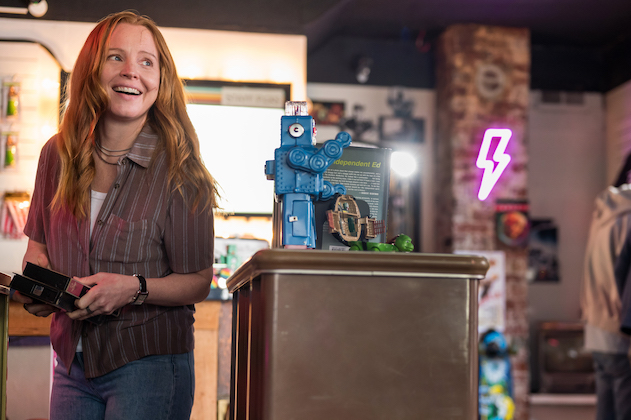