The next time you need to get a large number of cows from one place to another — what? It could happen! — 1923 cast member Marley Shelton should be your first call.

“I’m going to blow up Marley’s spot right now,” her co-star and onscreen husband, James Badge Dale, proudly tells TVLine in the video above, “because she’s the Number 1-ranked cattle herder in the Taylor Sheridan universe.” He laughs. “Wiped the floor with the rest of us.”

Dale is certain of this fact because he and Shelton, as well as the rest of the cast of Sheridan’s Yellowstone spinoff, underwent two weeks of training as their series went into production. Like the actors in 1883 before them, the actors were educated in various ranch-related skills including horseback riding, swinging up into a saddle without relying on stirrups and the aforementioned livestock logistics-management techniques. 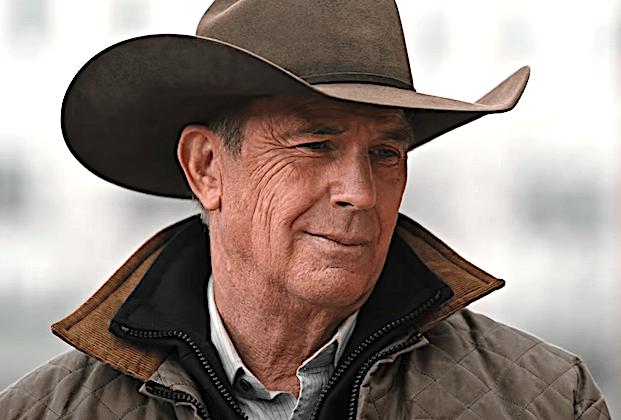 “Best way to start a job, hands down,” adds Darren Mann, who plays Jack, the son of Dale and Shelton’s John and Emma Dutton. In fact, if you watched the Paramount+ series’ premiere (full recap here), you’ve already witnessed some of what Mann picked up during the prep period: moving dismounts, aka hopping off a horse while it’s still in motion, which Jack did when he and fianceé Elizabeth (played by Michelle Randolph) made up after their fight.

“Getting to learn how to get off a horse while it’s moving was, I think, pretty badass,” Mann says.

Ahead of Episode 2, which begins streaming on Sunday, press PLAY on the video above to hear Dale, Shelton, Mann and Randolph reminisce about their time at cowboy camp.