Sunday’s Yellowstone marked the last ride for one veteran cowboy. But John refused to be sad about it, given that, as he put it, “I couldn’t’ve dreamed up a better death if you paid me.” Which of the wranglers didn’t make it home from the range? Read on and find out…

2022 in Review: The 25 Most Heartbreaking TV Character Deaths 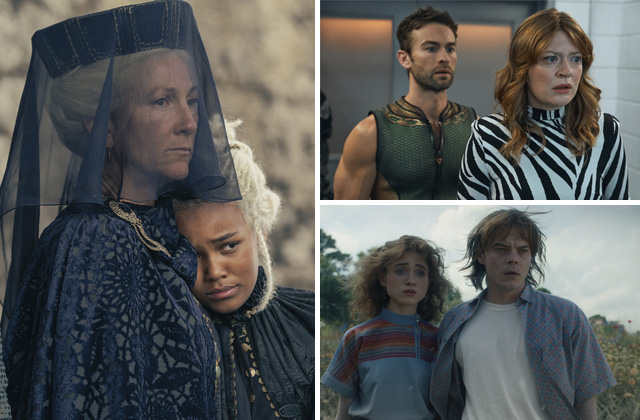 ‘DID ANYONE THINK TO PACK ANY VODKA?’ | Early on in “Cigarettes, Whiskey, a Meadow and You,” Rainwater was alerted to the fact that POTUS was making a surprise speech at the reservation. Its purpose, Angela was only too delighted to explain to her nemesis, was for him to endorse the chairman’s young rival Martin for his job. Meanwhile, back at the ranch, Monica defended both Beth and the Duttons’ way of life to to Summer. “Everywhere I go, I get a lecture in this place,” the ex-con sighed. And still not a tofu steak in sight. 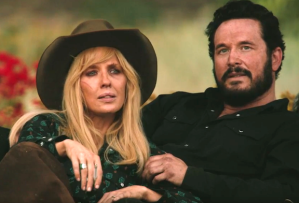 Out on the trail, everybody was having a jolly good time, even Beth, with whom Rip snuck off to show her the secret meadow that he’d once intended to be the site of their wedding. Though she was truly moved by the spot’s beauty as well as the gesture, she had no interest in chilling with her husband. “F—k your sunset, baby,” she said as she started taking off her top. “You watch me.” After dark, John marveled at how splendid a day it had been. “If it wasn’t perfect,” agreed longtime chum Emmett, “it was damn close.” 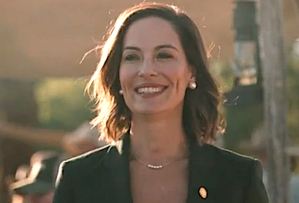 ‘YOU SURE EARNED IT, OLD FRIEND’ | Needless to say, when everybody woke up the following morning, Emmett… didn’t. It was OK, though. “He just died on the trail, like every cowboy dreams it,” John observed. Still, he had to hustle back to the ranch, lest Emmett’s wife see the herd come back without him. Once there, the camera crew that Clara had invited for the branding caught John breaking the news to the tearful widow. As the subsequent party got underway, both Summer and Lynelle’s jealous streaks emerged, with the senator noting to John what a strange coincidence it was that “there’s never any ugly women in bad spots around you.” 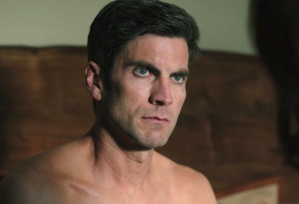 Elsewhere at the hoedown, Carter was invited to dance by a sweet young lady, and Ryan and Abby agreed to pursue a relationship even though they agreed that it was a dead end. While all of this was going on, Sarah continued to play Jamie like a fiddle, stroking his, ahem, ego and suggesting that her ulterior motive for [bleeping] him had become getting him elected governor so that he could give Market Equities back its airport. He was all in, so to speak, but watching his father console Emmett’s widow on the evening news, he admitted that John was “hard to beat in a fair fight.” Sarah agreed. So “I don’t think we can let him show up to the fight, Jamie.”

Yikes. What, exactly, did she mean by that? Read what portrayer Dawn Olivieri has to say on the subject here.