Warning: The following contains spoilers from Tuesday’s The Winchesters. Proceed at your own risk!

Mary and John’s quest to stop the Akrida from killing all humankind on The Winchesters led both hunters to unexpected reunions and a spontaneous kiss in Tuesday’s fall finale.

First, here’s what we learned about the Akrida: The Men of Letters box doesn’t kill monsters, but instead transports them, and the Akrida function like a hivemind, with the queen at the top. So Mary & Co. set out to use the box on Roxy, with the hope that if they take out the queen, they take out all the Akrida. They succeeded in trapping Roxy in the box, but it turns out she wasn’t the queen. The Akrida underlings are actually working on getting the real queen back to her full strength.

With the Akrida closing in on them and death imminent, John and Mary gave in to their feelings and shared a kissed. But their lives were sparred, thanks to Mary’s dad Samuel Campbell (Tom Welling), who showed up just in time to save his daughter. Earlier in the episode, John also experienced his own fatherly reunion, when he had an emotional séance with Henry Winchester (Gil McKinney).

Below, showrunner Robbie Thompson previews how John and Mary will handle their surprise smooch, how Samuel will react to Mary’s new team and what else is ahead when the show returns on Jan. 24.

TVLINE | There’s this very mysterious cliffhanger surrounding the Akrida, and who is the real queen, and the queen not having her full strength. How does that change the mystery moving forward? And what does that mean for Mary, John and the rest of the gang as they try to unravel all of this?
On the emotional side, Mary has been talking about once she finds her dad again, and they take out the Akrida, she’s leaving hunting, and she’s got, obviously, at the end of this episode, part of that back, but obviously not all of it yet. So that’s going to have a pretty big impact on our crew as Mary is sort of contemplating what’s going to be next for her, and she isn’t quite sure, which we’ll see.

TVLINE | We learned the Akrida are from a different universe, so you’re tapping into the mythology that we saw on Supernatural with different universes.
One hundred percent. That’s something we’ve been talking about in the room for, I don’t know, since like May, so it was really exciting to actually finally just say it out loud and share with the class, so to speak. And I certainly hope that will drive some theories [by] our audience as to what we’ve been up to. 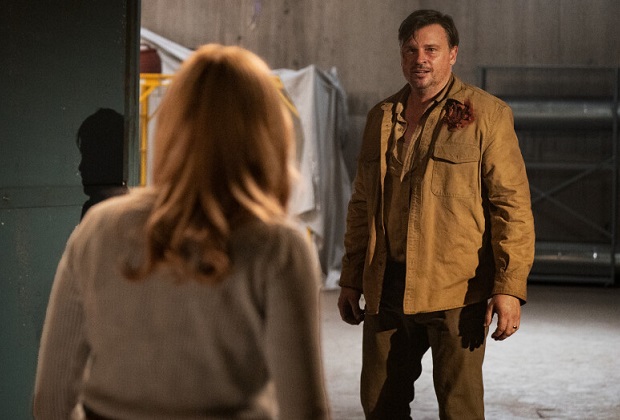 TVLINE | Mary has been trying to find her father all season, but at the same time, from what we know of their relationship, it’s a complicated one. So what kind of a family reunion is this actually going to be?
You hit the nail on the head with that word that you chose there, which is complicated. Obviously, Mary loves her dad, and Samuel adores Mary, but they’re a hunting family, and it’s been very much a “my way or the highway”-type existence for Mary her whole life. As we learned in the pilot, she’s trying to step out into her own, and part of that for her means stepping away from hunting. So there’s going to definitely be tough love, I guess, is a nice way to put it. But also, Samuel has been gone and hasn’t seen the team that Mary has [built], and I’m really excited for the audience to see how that dynamic really has an impact on Samuel, and how he views Mary, as well.

TVLINE | What does he think of John?
[Laughs] I would say he has complicated feelings, as well, about John. As we saw on the mothership, Samuel was not always the most trusting of hunters not named Campbell, and that’s true to form here as well. But over the course of Episode 8, Samuel is going to get to see how the core four really operate. He’s going to have some strong opinions, as Samuel Campbell always does. … It’s so great to have Tom [Welling] bring that character to life. Obviously, Mitch [Pileggi] put a real stamp on that character and was incredible on the mothership. Tom, from our first conversation to the first time I saw him in dailies, really just understood the assignment, as the kids say these days, but also just really had his own interesting take on the character. He’s just been a fantastic partner. 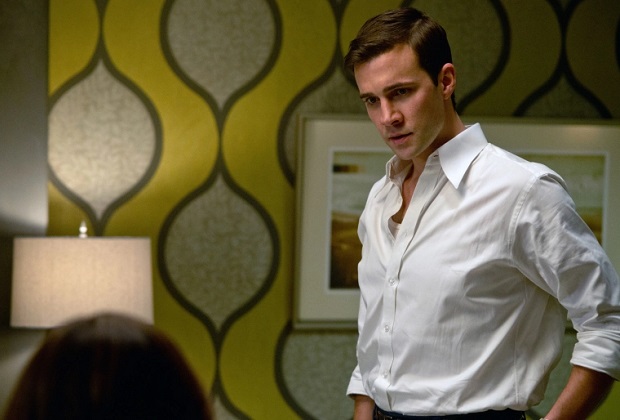 TVLINE | Moving on to another father figure, it was so nice to see Gil McKinney as Henry again and to see Henry interacting with John. Does this moment between the two of them allow John to sort of let go of some of his anger?
I would like to think so, but I think we all know John Winchester well enough to know that that’s only going to be part of the journey for him. What’s really wonderful about the scene that they have together is Gil brings the history of his performance from the mothership with him. It was really emotional seeing them together. At the same time, the thing that we talked to both Gil and Drake [Rodger] about was that this was not the end of that story. In fact, we’re hoping to tell a lot more of that story. Because Supernatural is such a unique universe to play in, we have the ability, if we have the right story and more time, to revisit that character again. As we always like to say, no one ever is truly dead on Supernatural.

TVLINE | There was that great nod to the Supernatural episode that introduced Henry, which was titled “As Time Goes By,” and that’s the song that John mentions. Were you tempted to also include some hints or references to what Henry learns in that Supernatural episode about the future?
Oh, for sure! It was definitely a bit of a tightrope of what we reveal, what we don’t reveal. Ultimately, for us, the reality of the situation that John was in was the most present, which is there was a ticking clock for them in terms of trying to save Samuel, and so, we didn’t necessarily have the real estate to unpack everything. But yeah, any time you’re directly referencing the mothership, there’s always this temptation from all of us in the [writers’] room to put in every single Easter egg that we can, but we’re always really, really cognizant of the story that we’re telling, front and center in 1972. So it was definitely like a balancing act. 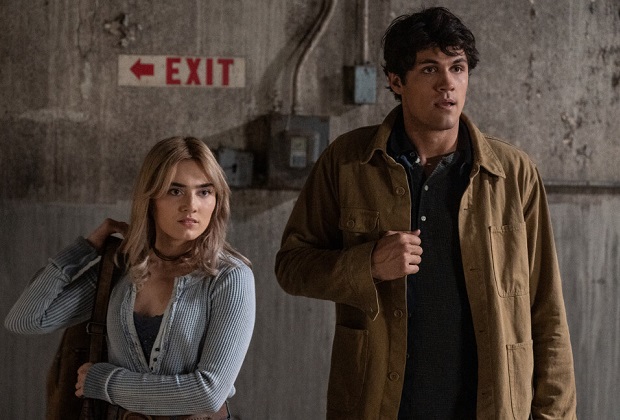 TVLINE | We also got the long-awaited first kiss between John and Mary. Obviously life-and-death scenarios tend to intensify feelings, but what about this moment felt like the right one to take that next step with the two of them at this point in the show?
When we first got together in the writers room, it was obviously top of mind when you’re dealing with a show that’s a love story. At what point do you want to really show them take that leap? We always knew we were going to have a winter break or midseason finale of some kind, and it felt like from a dramatic standpoint, that was very quickly on the board as it felt like the right place to put it.

And then it was a question of, “Why this moment?” To your point, obviously, life-or-death moments have a tendency to exacerbate things… The fallout of that kiss is something that we’re going to play for the rest of this first season. You have those moments where you’re swept up in the moment, and it’s like, “OK, here we go.” And then it’s like, “Oh, wait, the world didn’t end. OK. Now what do we do?” There’s a direct pickup of that in the eighth episode, which I’m excited for fans to see.

It was a really great moment to finally see, and Meg [Donnelly] and Drake did such a great job of playing the slow-burn leading to this moment. This isn’t necessarily leading to them living happily ever after or anything like that, because we still want to play the complexity of this relationship, and the ups and downs of it that was certainly hinted at in the mothership.

TVLINE | Is it safe to at least assume that there won’t be other love interests coming in to create drama? We had Betty, we had the journalist guy who seemed like he might be a rival, but now he’s kind of disappeared.
We will see Betty again, and we will see Kyle again. And pretty quickly. We’ll see Kyle again in Episode 9, and Betty as well. So I wouldn’t say those those folks are out of the picture just yet.

The Winchesters fans, what did you think of the episode? Grade it below, then hit the comments!