It’s fitting that this week’s The White Lotus included a trip to the opera, since it gave us a bunch of positively operatic plot twists along the way. 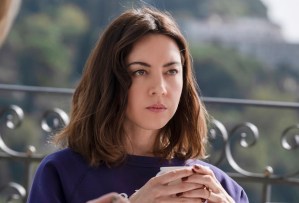 As the curtain rises on Sunday’s episode, Lucia is having vigorous sex on top of Albie, and Portia wakes up next to a stark-naked Jack. Meanwhile, Ethan wakes up to find the condom wrapper Harper left out. When she confronts him, he crumbles, admitting that Cameron had sex with Lucia. Ethan did take molly, but he swears he didn’t do anything with the girls and apologizes profusely. “You already lied to me,” Harper shoots back, but Ethan claims he was just trying to keep Daphne from finding out, adding, “Don’t make a bigger deal out of this, please.” Oh, and Lucia and Albie have an awkward moment when she asks for two thousand euros for her, um, services. He didn’t realize she was a hooker, but he promises to get her the money… and he still wants to see her tonight. She wants to see him again, too: “I do like you.”

At breakfast, Tanya mulls getting her marriage to Greg annulled and even wonders if she should’ve opened that spa with Belinda from last season: “Maybe she put a curse on me.” (Ha!) Albie tells Dom he needs to go to the bank, and when Dom offers him 200 euros, Albie says that’s not enough — and Dom starts to get the picture. He confronts Lucia, telling her to “stay away from my son” and warning her not to say anything to him about their own tryst. Elsewhere, Daphne suggests a trip to a local winery to day-drink, and Harper snarks: “Maybe we can find some molly and really rage.” Yep, this is a pot that’s about ready to boil over.

Portia has a brief run-in with Albie in the hotel hallway before getting on a yacht to Palermo with Tanya and her new gay BFFs, along with Jack, who gives Portia an intimate tour of the yacht’s cabins. At the vineyard, Harper downs her glass of wine in one gulp and asks for more while grilling Cameron about his sex life in college. Ethan gripes that Cameron always stole the girls he liked, and when Cameron admits Ethan probably watched him have sex back then, Harper chirps: “So I guess old habits die hard, huh?” Back at the hotel, Valentina gives Isabella a warm greeting and sneers at Rocco. In fact, she informs him she’s moving him from the front desk to the beach club because he’s always “distracting others.” (Mmm-hmmm.) 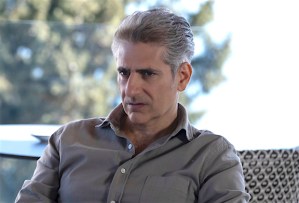 Dom is still sulking when Albie asks to leave so he can have lunch with Lucia and Mia. Dom doesn’t want his son seeing them (and Bert almost lets it slip why), but Albie insists the girls are just “victims of a f–ked-up system” and heads off to join them. He tells Lucia he has her money, but she tells him, “I don’t want money. I like you.” (Are we buying this?) Ethan confesses to a fuming Cameron that he told Harper what he did with Lucia, Valentina puts a old guy with a croaky voice with Isabella at the front desk and Tanya and Portia arrive at Quentin’s impossibly lavish Italian villa. (“These are some high-end gays,” Tanya marvels.) Quentin offers to take her to the opera to see Madame Butterfly while Jack and Portia decide to sneak off and explore the streets of Sicily together.

At the opera, Tanya sits in a box with Quentin — and waves to who she thinks is “the Queen of Sicily” — and she’s overcome with emotion watching the opera, with a teary Quentin taking her hand. Cameron pulls Lucia aside and tells her to stop making eyes at him in front of his wife, and she reminds him he still owes her 1300 euros from the other night, which he promises to get. She complains to Albie that Cameron never paid her, adding that she’s being threatened to pay up by her pimp, and the poor kid wants to help (of course). Dom gripes to Bert that the old man’s infidelities led to his own broken marriage. Bert says he and Dom’s mom were happy, but Dom remembers his mom crying herself to sleep while Bert was out tomcatting around: “You never showed me how to love a woman.” Cameron turns the tables on Harper and asks if she ever had a threesome — and when she starts to tell him about it, he starts rubbing her leg! Plus, Mia bugs Valentina again to let her sing, mentioning that she knows Valentina is gay and “you and I can have some fun.” And it works, because Valentina allows her to sing in Giuseppe’s place. 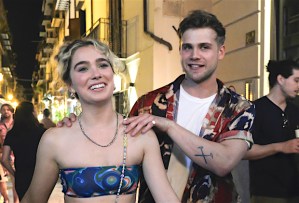 Portia and Jack have fun roaming the streets of Sicily, dining and dashing at a local arancini spot. (He forgot his wallet, you see, and he wouldn’t let her pay because “you’re a lady.”) Harper tells Daphne she thinks “something happened” while they were gone, but Daphne shrugs it off, advising her to “do what you have to do to make yourself feel better about it.” (She has a cute trainer in the city, she admits: “Maybe you should get a trainer.”) While Lucia and Albie are out, she steps aside for a chat with a guy named Alessio, who grabs her roughly by the arm. Is he her pimp? Or is this all just a ruse for poor Albie’s benefit? After the opera, Quentin tells Tanya about when he fell in love with a straight American cowboy years ago, but he’s always been more drawn to beauty than love. Jack and Portia come back to the villa kissing and giggling, but he leaves her so he can go “do something” for his uncle. And Tanya wakes up in the night hearing weird sounds and opens a door to find… Jack having sex with Quentin. Mamma mia!