HBO is screaming fireballs in the wake of House of the Dragon‘s Season 1 finale leaking online on Friday — a full two days before its Sunday debut. 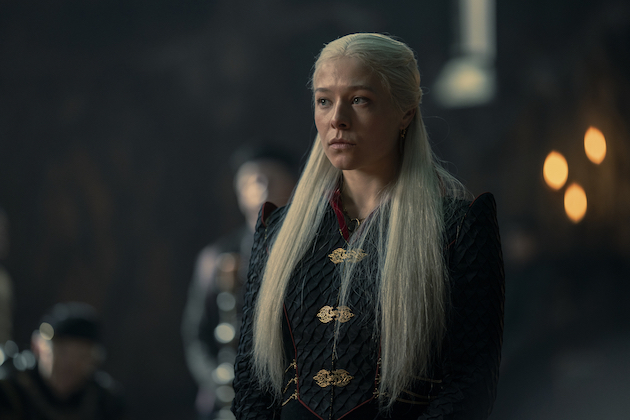 “We are aware that the tenth episode of House of the Dragon has been posted on illegal torrent sites,” a rep for the premium cabler said in a statement to our sister pub Variety. “It appears to have originated from a distribution partner in the [Europe/Middle East/Africa] region. HBO is aggressively monitoring and pulling these copies from the internet. We’re disappointed that this unlawful action has disrupted the viewing experience for loyal fans of the show, who will get to see a pristine version of the episode when it premieres Sunday on HBO and HBO Max, where it will stream exclusively in 4K.”

HBO, of course, weathered persistent piracy issues during Game of Thrones‘ eight-season run, but this is the first such breach on the spinoff series.

A trailer for the House of the Dragon finale — which officially airs 9/8c on HBO — gives a hint at how the aftermath of Aegon’s ascension to the Iron Throne will unfold, particularly after Rhaenys and Meleys crashed the party in stunning and violent fashion at the end of Episode 9.

The finale will bring Rhaenyra and Daemon into the fray after she learns that her father has died and his wife, Alicent (with the help of her father, Hand of the King Otto Hightower), has installed her own son in the realm’s most honored spot.