Grey’s Anatomy has made an appointment with one of its former doctors: Jesse Williams will be returning as Jackson Avery in Season 19’s fifth episode, which he’ll also direct, our sister site Deadline reports. 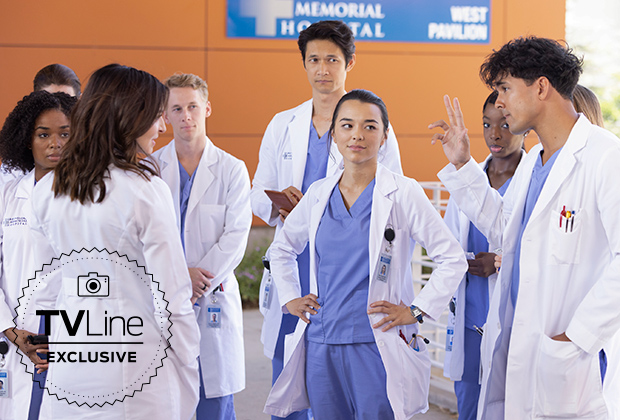 But alas, there will be no “Japril” sighting during Williams’ latest guest appearance in the Thursday, Nov. 3, installment of the resurgent ABC drama (airing at 9/8c). Sarah Drew will not be reprising her role of Jackson’s fellow doctor and on-again/off-again/back-on-again love interest, April Kepner. Rather, “When I Get to the Border” follows part-timer Ellen Pompeo’s Meredith to Boston, where she catches up with longtime colleague Jackson, who is now living there with April and their daughter Harriet, and working at the Avery Foundation. In Season 18’s finale, viewers learned that the former marrieds had once again begun playing doctor. (Read that recap in full here.)

Elsewhere in “When I Get to the Border,” which will mark Williams’ fourth turn at the helm of the long-running series, sex educators Bailey and Addison take a road trip to volunteer at a family planning center (where a patient’s ectopic pregnancy leads to complications), and those nosy interns try to get to the bottom of Lucas’ relationship with Amelia. We know, of course, that he’s her nephew — as well as late brother Derek’s favorite. But thus far, Lucas’ peers think that the first-year resident is sleeping with the attending (who, as far as we’ve been told, is still involved with Kai).

So, are you hoping Williams’ guest appearance paves the way for “Japril” to return full time? Hit the comments.