Just like a balloon, His Dark Materials‘ Lee Scoresby has risen.

The fantasy series’ final season trailer, which HBO released Friday, ended with a shot of Lin-Manuel Miranda’s Lee, who was super dead by the final moments of the Season 2 finale. (If you’ve read Philip Pullman’s His Dark Materials novels, on which the show is based, Lee’s reappearance makes sense. But if you haven’t, we won’t spoil you as to why or how he’s somehow still around.)

His Dark Materials‘ Season 3 will be based on The Amber Spyglass, the third book in Pullman’s trilogy. Per the official logline, “Lyra (played by Dafne Keen), the prophesied child, and Will (Amir Wilson), the bearer of The Subtle Knife, must journey to a dark place from which no one has ever returned. As her father’s great war against the Authority edges closer, they will learn that saving the worlds comes at a terrible price.”

As His Dark Materials announced at its New York Comic Con panel Thursday, Season 3 will consist of eight episodes. The season will kick off with two back-to-back episodes on Monday, Dec. 5, at 9/8c. Two new episodes will follow each week, up until the series finale on Monday, Dec. 26.

Press PLAY on the teaser trailer at the top of the post, scroll down to see the official final season poster, then hit the comments: Are you planning to watch His Dark Materials‘ swan song? 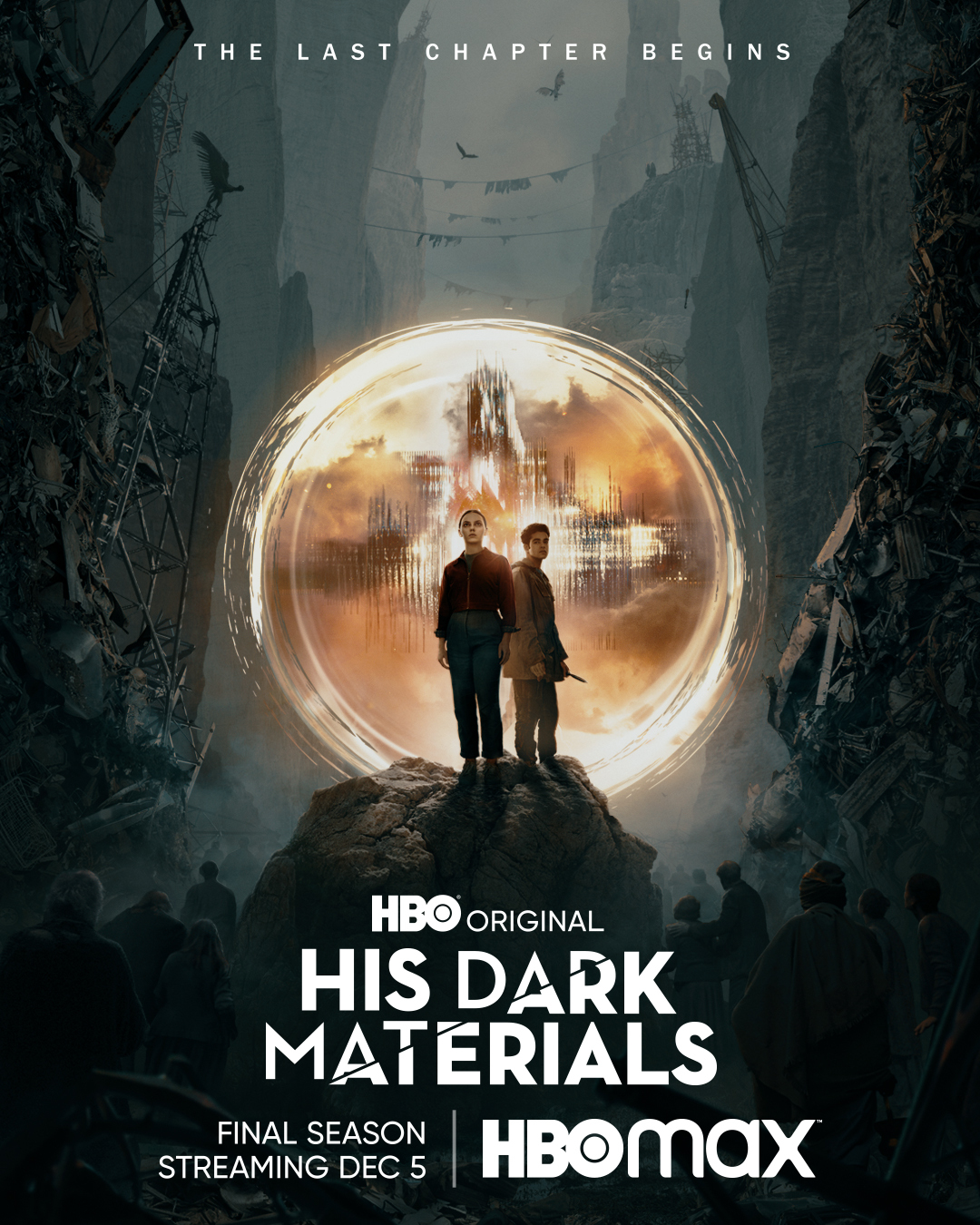