Not only is Harley Quinn already renewed for a fourth season, but fans are getting a holiday special, to boot. 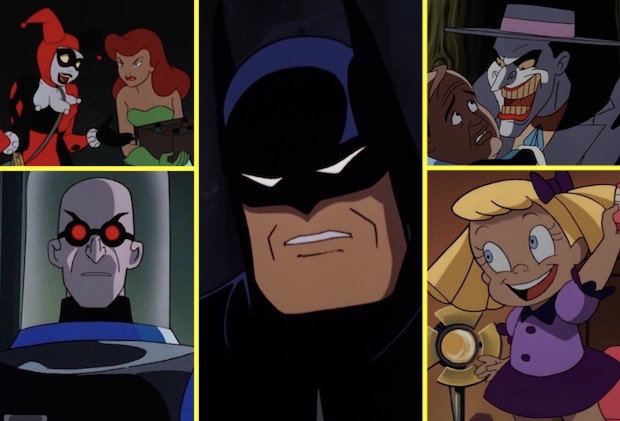 In addition to revealing how Harley (voiced by Kaley Cuoco) and Poison Ivy (Lake Bell) celebrate their very first Valentine’s Day together as a couple, the special will also show how “the rest of the ragtag crew spends the gushiest, mushiest, most romantic day of the year.”

The nascent “Harlivy” romance dodged a bullet at the end of Season 3, when Harley nudged her lady love to put the kibosh on a plan to terraform Gotham. But rather than call their coupling quits, Ivy simply squeezed in a Costco run.

“When we broke that story,” exiting co-showunner Justin Halpern told TVLine, “we wanted to make sure that the episode wasn’t like, ‘Are they going to break up?, so we ended that scene where they fight with Ivy being like, ‘I’m going to Costco, text me if you need anything.’ Because that’s how so many actual married couple and close relationship fights end, where it’s like you have the fight but there are also errands that need to be done.”

After all, exiting co-showrunner Patrick Schumacker explained, “Harley has taught Ivy over time — more than anyone, or maybe she’s the only one? — empathy for humanity on some level. She is able to rein her in a little when she does go off the rails.”

Want scoop on Harley Quinn, or for any other show? Email InsideLine@tvline.com and your question may be answered via Matt’s Inside Line.