Bob Hearts Abishola has enlisted United States of Al‘s Adhir Kalyan for an upcoming episode — and we can’t help but feel like we’re partially responsible.

It was four months ago when TVLine published Dream Roles for Stars of Cancelled TV Shows, an annual feature where we pitch new gigs for actors coming off of recently ended series. At the top of our list was onetime Performer of the Week Kalyan, who we suggested would be a terrific fit for B❤️A, as a coworker/potential love interest for Bob’s sister Christina (played by Maribeth Monroe).

That brings us to our exclusive sneak peek of Monday’s episode (CBS, 8:30/7:30c), which reveals that Kalyan is in fact playing Christina’s coworker — a fellow Toesey Woesies employee by the name of Jared. Whether anything more transpires between them remains to be seen, but the self-proclaimed marketing nerd is clearly an admirer of Christina’s work.

United States of Al: What Would've Happened Next 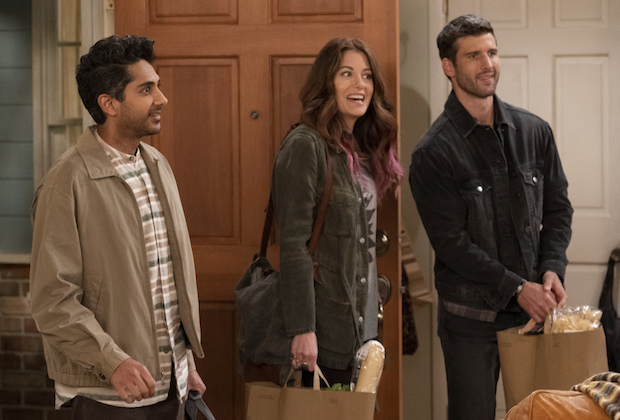 The guest spot reunites with Kalyan with Al executive producer Chuck Lorre. It comes a few short weeks after TVLine exclusively reported that Kalyan’s former costar Parker Young is set to reunite with Al co-creator Maria Ferrari on Fox’s Call Me Kat. (We recently spoke with Ferrari about what might have happened in a third season of United States of Al, which you can read more about here.)

Press PLAY on the clip above, then hit the comments and tell us if you’re looking forward to Monday’s Christina-centric episode of Bob Hearts Abishola.