That’s it for Jesse Lee Soffer on Chicago P.D. 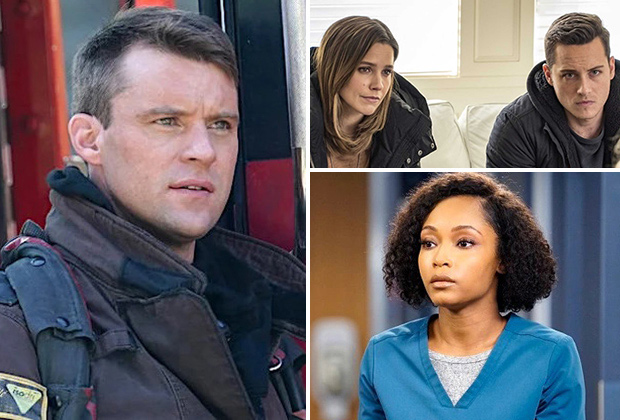 Wednesday’s episode of the NBC drama marked the actor’s final outing as Det. Jay Halstead in an emotionally-charged hour that saw him leave Intelligence.

In the episode, Halstead got into a scuffle with a suspect and stabbed the man to death. He refused to go with Voight and Upton’s cover story and turned himself in to Chief Patrick O’Neal instead. He then turned in his badge and took another job in the army leading a squad that tracks down the worst drug cartel targets. He was set to take up post in Bolivia.

The army is “black and white; good and bad. It’s no more of this,” he told Upton. They had little time to say goodbye because he was supposed to fly out that day. Halstead assured Upton that they’d get through it because it would only be for eight months, maybe a little longer.

At the airport, Voight also bid his farewell. That’s when Halstead told the sergeant, “I do want to be you. But it’s like you’ve always told me: I’m not, and I shouldn’t try.” And with that, he got on the plane.

Soffer announced his departure from the Dick Wolf procedural in August: “I want to thank the incredible fans for their unwavering support during the past 10 years and want to express my deepest gratitude to Dick Wolf and everyone at Wolf Entertainment, Peter Jankowski, Matt Olmstead, Derek Haas, Michael Brandt, Rick Eid, Gwen Sigan, NBC, Universal Television, my fellow castmates and our incredible crew,” he said in a statement at the time. “To create this hour drama week after week has been a labor of love by everyone who touches the show. I will always be proud of my time as Det. Jay Halstead.” (To see what he had to say following Wednesday’s episode, click here.) 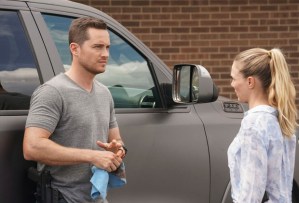 Halstead’s exit also puts a damper on #Upstead, the romantic pairing between him and fellow detective Hailey Upton (Tracy Spiridakos). The duo officially got together in Season 8 and secretly wed at the courthouse in Season 9. For Upton, Halstead’s absence is “definitely going to be a big impact for her character this season when she is without him,” showrunner Gwen Sigan previously told TVLine.

The EP noted that they had “such an interesting relationship, and it’s been that way since the beginning… They have this thing together. It’s like they know what each other’s thinking. They have always supported each other. They’ve gotten in so many situations that have been so traumatic, and yet they’ve had each other’s backs. Even their marriage is built on this need to get through something, to be able to be each other’s anchor and to keep each other steady.”

How are you feeling about Halstead’s departure from Chicago P.D.? What are some of your favorite moments with him? Drop a comment below.