The COVID pandemic is once again throwing a curveball at the Dancing With the Stars lineup.

Pro dancer Daniella Karagach, who is paired up with celebrity Joseph Baena this season, has tested positive for COVID and will miss this week’s episode, airing Monday at 8/7c on Disney+, our sister site Deadline reports. Anyone who was in close contact to Karagach will be masked on this week’s episode as well.

Karagach is “completely asymptomatic and is self-quarantining,” a spokesperson said in a statement. “Everyone who has been in close contact with her has tested negative.”

Baena — aka the actor and bodybuilder best known as Arnold Schwarzenegger’s son — will be paired up with dance troupe member Alexis Warr for this week’s Elvis-themed performance. In last week’s premiere, Baena and Karagach earned a 23 out of 40 for their jive and were declared safe from elimination.

DWTS: Who Stands the Best Chance of Winning Season 31? 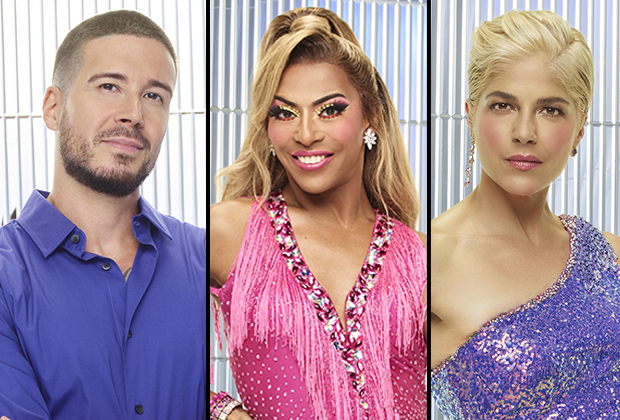 COVID wreaked havoc last season on DWTS as well: Cody Rigsby and his pro partner Cheryl Burke both tested positive and were forced to perform that week’s routine separately via Zoom, and judge Derek Hough contracted the virus just before the season finale, with his sister Julianne Hough filling in for him.

Does Karagach’s absence have you worried about Baena’s chances this week? Drop your thoughts in a comment below.