Dancing With the Stars is showing off some very fancy footwork in its 31st season, foxtrotting away from its longtime ABC home to exclusively stream on Disney+. Here’s how you can avoid missing a single step.

Meet the Dancing With the Stars Season 31 Cast 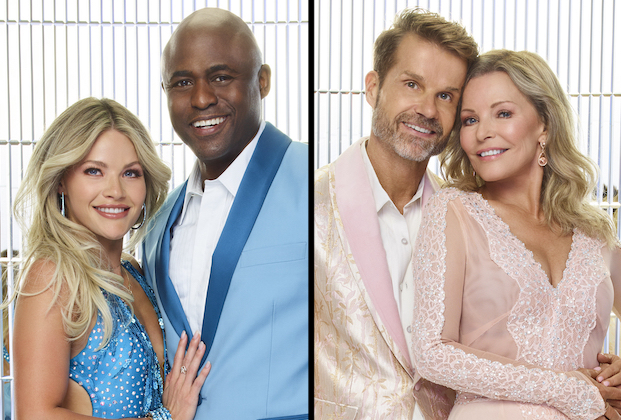 Dancing With the Stars makes its Disney+ debut on Monday, Sept. 19 at 8/7c. As first confirmed by TVLine, Season 31 of the reality competition will feature no commercials for the entirety of its run.

Tyra Banks is returning for her third season as host and executive producer, this time around sharing emcee duties with AFV‘s Alfonso Ribeiro.  The judging panel will again be comprised of Len Goodman, Carrie Ann Inaba, Bruno Tonioli and Derek Hough.

How to Watch Dancing With the Stars on Disney+
Dancing With the Stars will stream exclusively (and commercial-free!) on Disney+ beginning Monday, Sept. 19 at 8/7c. Dancing With the Stars is only available to Disney+ members. Sign up now to stream DWTS and other Disney+ content, including the MCU comedy She-Hulk: Attorney at Law, the new live-action Pinocchio movie, Thor: Love and Thunder, BTS: Permission to Dance, Disney/Pixar’s Cars on the Road and High School Musical: The Musical: The Series. Disney+ is typically $7.99/month, though new subscribers, if they act quickly, can get their first month for $1.99 (through Sept. 19). There is also a Disney+ Bundle for $13.99/month, that amps up the offerings by adding in all Hulu and ESPN+ content.

Which Stars Will Be Dancing in Season 31?
The Season 31 roster (detailed here) features American Idol‘s Jordin Sparks, The Bachelorette‘s Gabby Windey, Jersey Shore‘s Vinny Guadagnino and The Real Housewives of New Jersey‘s Teresa Giudice, while other competitors hailing from the realm of reality-TV include Shangela (of RuPaul’s Drag Race fame, dancing with a male partner) and The D’Amelio Show family members/social media influencers Charli D’Amelio and Heidi D’Amelio.

As for the pro partners, DWTS vets Lindsay Arnold and Sharna Burgess won’t be competing this season, though the show is welcoming back Mark Ballas and Louis van Amstel, who last appeared on Seasons 25 and 21, respectively.