As Season 3 of HBO Max’s already-renewed Harley Quinn came to a close, Bruce Wayne (voiced by Diedrich Bader) was bound for prison, Poison Ivy (Lake Bell) is primed to head up the Legion of Doom for Lex Luthor (Giancarlo Esposito), and Harley herself (Kaley Cuoco) has teamed up with… the Bat-Family?!

Also, said Bat-Fam is now being led by Batgirl (Briana Cuoco) in the wake of Bruce’s incarceration for tax evasion — which is admittedly small, yet some, consolation for a character whose big-screen, live-action debut was recently and very publicly cancelled.

TVLine spoke with Harley Quinn EPs Justin Halpern and Patrick Schumacker, who are handing over the showrunner reins to Sarah Peters in Season 4, about the finale’s big developments. Plus, which of the season’s raciest moments could they not believe made it to screen? 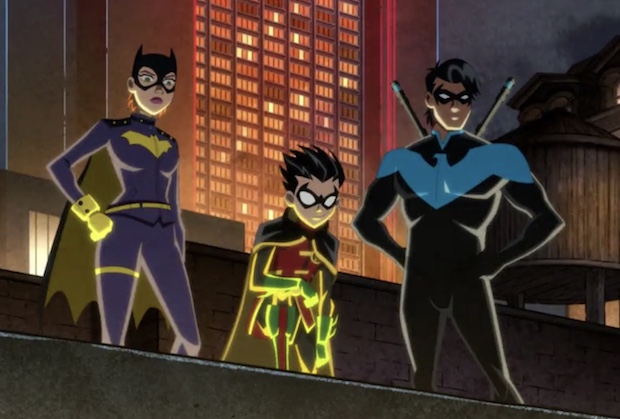 TVLINE | I thought there was a bit of irony in that your finale elevated the Batgirl character, whereas she’s been frankly “struggling” in other media….
PATRICK SCHUMACKER | [Joking] Yeah, we knew that was coming a year in advance!
JUSTIN HALPERN | No, we’ve talked with Sarah Peters — who’s going to be the showrunner of Season 4, who was a huge influence on the first three seasons, and who has been a writer every year — about this idea of struggling with how things are so binary in the superhero world. Like, there’s a bad guy, there’s a good guy, and the feeling you have to be one of those things. There’s also the idea of, “Who creates this sort of bureaucracy within superhero world?”

But with Batgirl, we thought there was a lot of stuff to mine in the sense that she is, like, Gen Z and looks at the world a certain way, and Harley is like a millennial who looks at the world a certain way. And without getting into the archetypes where it’s just a very basic, “I’m a Millennial! You’re a Gen Z!,” we liked the idea of these two people having to both work together. Also, the way they look at what’s good and bad, and the way that they talk to one another, felt really fun and interesting to us. 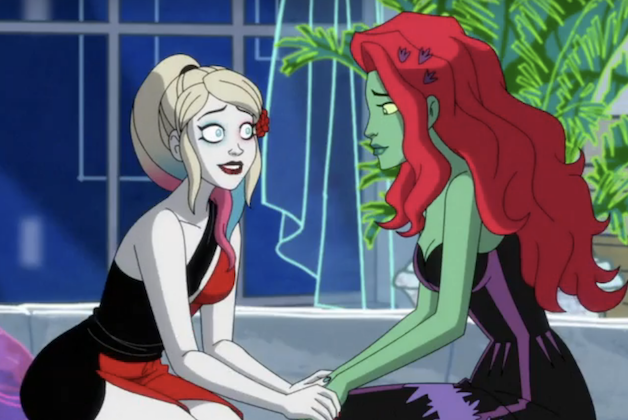 TVLINE | I appreciate that earlier this season you came out as committed to the “Harlivy” relationship, since there was obviously an easy off-ramp for you in the finale —”You didn’t support my evil plan? We’re through!”  But you didn’t take it.
HALPERN | I remember when we broke that story, we wanted to make sure that the episode wasn’t like, “Are they going to break up?,” so we ended that scene where they fight with Ivy being like, “I’m going to Costco, just text me if you need anything.” Because that’s how so many actual married couple and like close relationship fights end, where it’s like you have the fight, but then there are also errands that need to be done. We wanted to take the heat out of it a bit and show you that it’s just two people in a good relationship who are fighting.

TVLINE | It’s funny you say that because when she said she was going to Costco, I was like, “Ah, OK. Everything’s going to be fine.” It absolutely cooled down the moment.
HALPERN | Saved by Costco!
SCHUMACKER |  I also feel like Harley has taught Ivy over time — more than anyone, or maybe she’s the only one? — empathy for humanity on some level. She is able to rein her in a little when she does go off the rails, as she does in this season in her supervillainy. I think that’s a component that does keep them together, that Ivy has changed for the better and become more three-dimensional because of Harley. 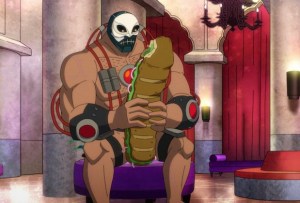 TVLINE | Like she said, “Harley, you’ve evolved” which was a very nice moment. 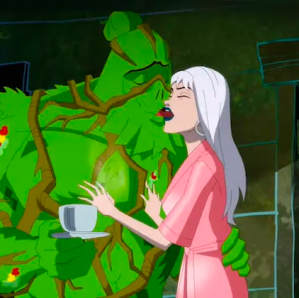 HALPERN | Mine was just a small moment, but it had to do with how far they let us take Nora Freeze (Rachel Dratch) this season. There’s a moment in the Swamp Thing (Sam Richardson) episode where Ivy says to Nora, like, “You obviously hooked up the Swamp Thing last night, go ask him for this favor.” And then Nora comes out later and you learn she didn’t ask for the favor because they were f–king in the, like, three minutes that she was gone. It was about letting us take that character and making her this sort of this woman who is making up for all the lost time that she was frozen. I kept waiting for a note to come for that, and it never did. We got to take her as far as we wanted. 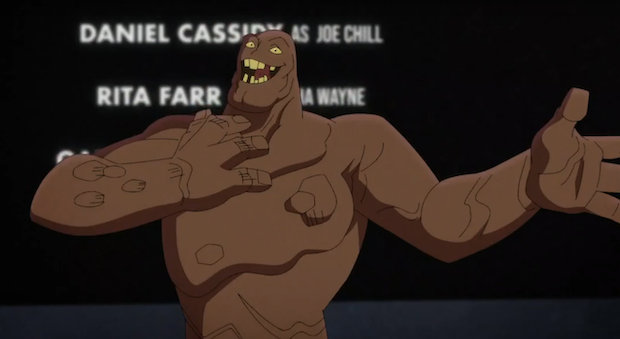 TVLINE | I was watching the screen in the background as Clayface was talking to the audience, like, “Are they going to hint at a mid-credits scene or something?”
HALPERN |  Damn, that would have actually been really good. I can’t believe we missed that.

TVLINE | Thomas Wayne’s death scene alone! When Clayface’s own voice would occasionally creep out….
HALPERN | We were always centered around the idea that Clayface is such a narcissist that he’d rather admit that he killed Billy Bob Thornton than not get the kudos that are coming to him — and then when they come, everyone just assumes Billy Bob Thornton is a shapeshifter. [Laughs] That was one of my favorite jokes that was there from the beginning. That was really stupid.

Want scoop on Harley Quinn Season 4, or for any other show? Email InsideLine@tvline.com and your question may be answered via Matt’s Inside Line.