Young Sheldon producers are well aware of the potential sitcom reunion on their hands. 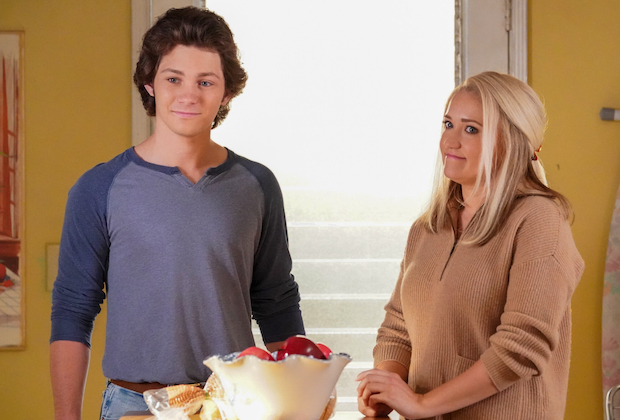 For three seasons now, Reba McEntire has recurred on the Big Bang Theory spinoff as hairstylist June Ballard, ex-wife of Craig T. Nelson’s Dale. And from the beginning, fellow Reba vet Melissa Peterman (aka Barbara Jean) has recurred as next-door neighbor Brenda Sparks. June and Brenda have even appeared in the same episode — Season 4’s “A Second Prodigy and the Hottest Tips for Pouty Lips,” in which Brenda received a haircut not unlike Reba Hart — but McEntire and Peterman’s characters still did not cross paths.

“They’ve never shared a scene, I know!” executive producer Steve Holland acknowledges with a laugh. “It’s a thing that Melissa reminds us of often. She would love to be in scenes with Reba. Part of the reason Reba’s on the show is because she and Melissa are close friends, and Melissa let us know that Reba was a fan.”

So, will Young Sheldon‘s sixth season finally give Reba fans what they’ve patiently waited for? “Reba is a little tricky to get,” Holland warns. “She’s a busy lady,” especially now that she’s a series regular on ABC’s Big Sky. “We’d love to have her more often than we’re able to have her on the show, but I think at some point they’ll share a scene. It was never intentional for us to keep them apart; it’s just the way the stories fell out. I don’t think we realized it, but Melissa realized it and went, ‘Are you ever going to let us be on screen together?’

“I like the idea of potential Internet rumor that there’s a feud going on and we have to keep them apart,” Holland says with a wink. “I’m going to plant that!”

In the meantime, Reba fans can look forward to McEntire and Peterman’s forthcoming reunion in Reba McEntire’s The Hammer, a new Lifetime movie in which McEntire plays a no-nonsense judge and Peterman plays her sister… who just so happens to run the local brothel. Praise be!