Outer Range: 9 Burning Questions We Have 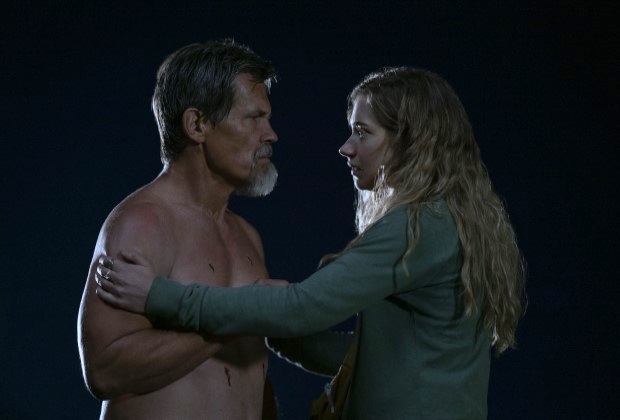 Reacher star Alan Ritchson back in May tweeted a photo of ceramic brass knuckles and a blade (below) — which fans of the novels might recognize as belonging to David O’Donnell, the member of Reacher’s old 110th MP unit who figures into Bad Luck and Trouble, the 11th book in the series. Prime Video subsequently confirmed that Bad Luck and Trouble is the basis for Season 2, adding that besides Ritchson, Maria Sten (Swamp Thing) will also return, as Frances Neagley.

Prime Video did not immediately respond to TVLine’s inquiry about the fate of Sipos’ Outer Range, which streamed its freshman finale in early May.

Released in 2009, Bad Luck and Trouble (per Amazon.com’s book synopsis) finds Reacher “pulled out of his wandering life and plunged into the heart of a conspiracy that is killing old friends … and the people he once trusted with his life.” The story begins when Neagley contacts Reacher using a signal that only the eight members of their elite team would know. She then tells him a terrifying story about the brutal death of a man they both served with. Soon Reacher is reuniting with the survivors of his team, scrambling to unravel the sudden disappearance of two other comrades.

Prime Video’s official teaser for Season 2, meanwhile, says simply, “When the members of Reacher’s old military unit start turning up dead, Reacher has just one thing on his mind — revenge.”

Reacher was famously renewed near-instantly after its premiere due to strong viewing numbers — it was the first Prime Video series to claim the No. 1 spot on Nielsen’s weekly Top 10 chart, amassing 1.6 billion minutes viewed across just eight episodes — and a refreshingly warm reception from fans of the source material.

Want scoop on Reacher, or for any other show? Email InsideLine@tvline.com and your question may be answered via Matt’s Inside Line.