The new Bachelor in Paradise cast offers plenty of fresh meat — and we already know one of the newcomers has a taste for shrimp.

ABC has revealed the roster of Bachelor and Bachelorette alums who will be canoodling and feuding in the upcoming Season 8 of Paradise — premiering Tuesday, Sept. 27 at 8/7c — and we recognize quite a few of the faces. Remember Shanae, the infamous villain of Clayton’s Bachelor season who started fights with everyone and gobbled down more than her share of shrimp before going down in flames? Yep, she’s here, along with several women who had to endure her antics on Clayton’s season, so we can look forward to Round 2 of #Shrimpgate, it seems.

But there are also a few fan favorites heading to Paradise, including Katie’s former Bachelorette beaus Andrew and Michael, who we’re hoping have better luck here. (Don’t laugh: Paradise has led to quite a few marriages, engagements and babies.) Plus, Logan and Jacob from Gabby and Rachel’s current Bachelorette season landed spots in Paradise, too — because it’s never too soon to start riding that Bachelor franchise gravy train, right?

Read on to see the full cast list for Season 8 of Paradise, press PLAY above for a sneak peek at the new season and hit the comments to share your hookup predictions.

Bachelor in Paradise: An Update on How Long Each Couple Lasted — Who Broke Up? And Who's Still Together? 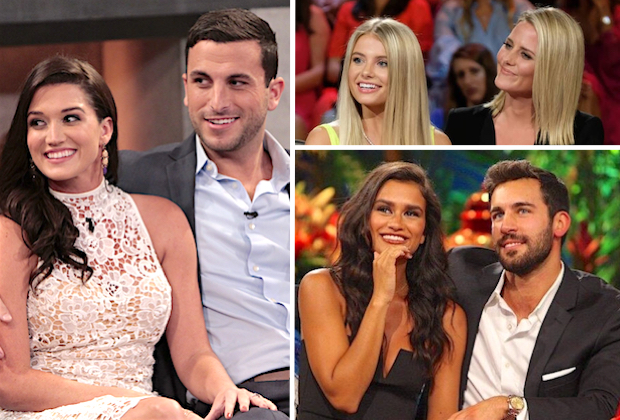