The following contains a singular She-Hulk Episode 2 spoiler, regarding the status of Bruce Banner/Smart Hulk.

In Episode 2 of Disney+’s She-Hulk, Bruce Banner bid his cousin Jen Walters farewell, as he embarked on a cosmic journey that might, just might, culminate in a live-action take on the World War Hulk comic book storyline.

In that episode, Bruce later surmised to Jen that the Sakaaran ship was “probably trying to deliver a message,” adding: “I gotta get to the bottom of that.” 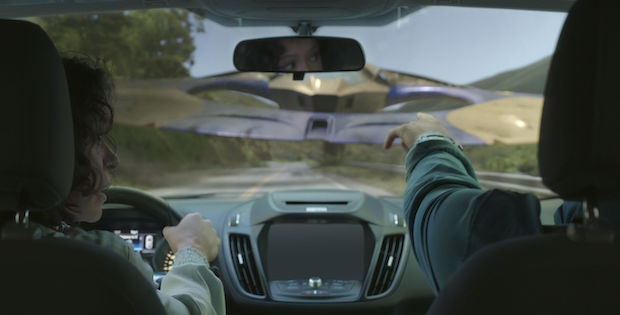 In Episode 2 of She-Hulk, it became evident that Bruce had made some progress in “getting to the bottom of that,” seeing as when he checked in on Jen, he was, well, no longer at his Mexico hideaway.

Or on Earth, for that matter.

“You coming to L.A. anytime soon?” Jen asked her cousin over the phone. Bruce as Smart Hulk answered, “Yeahhhh, probably not for a minute. I’ve got some things I gotta take care of” — which became especially clear as the camera pulled back to reveal that he was now camped out in the back of that Class-Eight courier craft, as it zoomed into the cosmos. 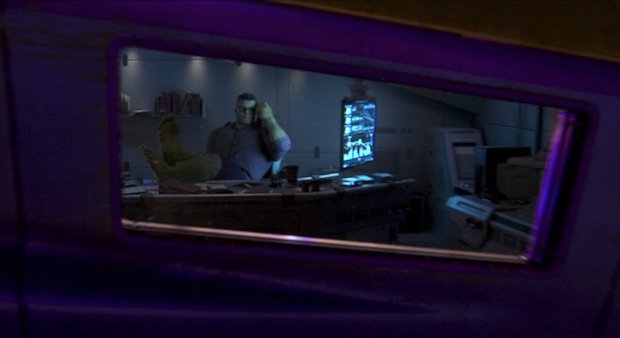 Hulk’s possible return to Sakaar at the very least hints as a seed being planted for a live-action take on the comic books’ World War Hulk storyline, which kicked off in 2007 and was written by Greg Pak. 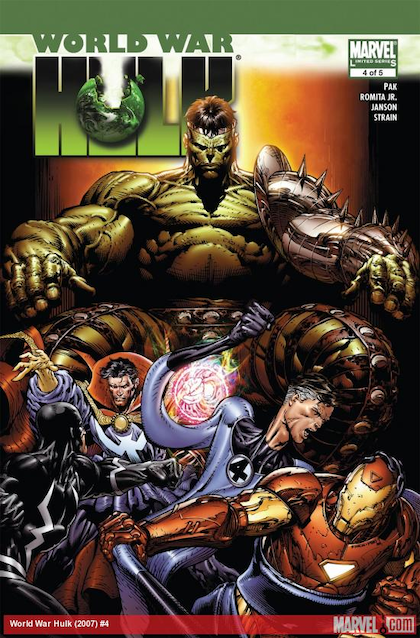 WHAT IS WORLD WAR HULK?

In a nutshell: World War Hulk capped the Planet Hulk storyline, in which Hulk crash-landed on Sakaar, was enslaved as a gladiator, and later helped rebels usurp the Red King while also making time to take a wife.  World War Hulk itself revolved around a rage-filled Hulk seeking vengeance against the Illuminati for their role in his pregnant wife’s death. That conflict led to, among other things, Hulk transforming Madison Square Garden into a gladiatorial arena (way cool!), in which the Illuminati members were tasked with fighting each other to the death. World War Hulk also roped in the likes of Hercules (a character that was very recently cast and introduced in Thor: Love and Thunder‘s mid-credits scene), and set the stage for the introduction of Hulk’s son, Skaar.

Clearly, any MCU take on World War Hulk would have to be tweaked — unless, say, gladiator Hulk enjoyed a (fruitful) hook-up during his previous time on Sakaar, and the Illuminati he picks a fight with is, well, in better shape than Earth-838’s!

TVLine asked She-Hulk head writer Jessica Gao if Bruce’s excursion was simply a (very specific) way to write Ruffalo and his character off the canvas, or was it also designed to serve a larger purpose in the future MCU?

“A big part of it is [Mark] did what he came to do on the show, and we wanted to make sure that people knew, ‘Don’t expect him to be in every episode from here on out.’

“But also,” Gao added, “I think it kind of opens up the possibility, if Marvel chooses to, to do something with that, to pick up that story. If they wanted.”

Gao has also confirmed, in an interview with The Direct, that Bruce likely has unfinished business on Sakaar, saying, “God knows what Hulk got up to in the years he was there, so he’s gotta go back and handle some off-world things that happened during that time.”

And if a World War Hulk is bound for the big screen — there has been speculation that Marvel may claim from Universal the right to produce and distribute standalone Hulk films sometime in 2023 —  Ruffalo is on record as saying he is ready to rumble. “Any time they want to do it, I’m here,” the MCU vet told ET this summer.