The whole Addams Family has gathered — with great woe, mind you — in a new teaser for Netflix’s upcoming series Wednesday, which you can check out above.

A “sleuthing, supernaturally infused mystery,” Wednesday follows the death-obsessed teen (played by Jenna Ortega) who is enrolled at the peculiar Nevermore Academy.

The eight-episode series, which is set to premiere this fall (exact date TBA), centers on Wednesday’s attempts to “master her emerging psychic ability, thwart a monstrous killing spree that has terrorized the local town, and solve the supernatural mystery that embroiled her parents 25 years ago — all while navigating her new and very tangled relationships of the strange and diverse student body,” per the official synopsis.

Catherine Zeta-Jones stars as Addams family matriarch Morticia, while Luis Guzmán will portray Gomez. The cast also includes Isaac Ordonez as Pugsley, Victor Dorobantu as Thing, George Burcea as Lurch and Game of Thrones alum Gwendoline Christie as Larissa Weems, the principal of Nevermore Academy who still has an axe to grind with former classmate Morticia.

Additionally, Christina Ricci — who portrayed Wednesday in 1991’s The Addams Family and its sequel Addams Family Values — will return to the franchise in a yet-to-be-revealed role on the show.

Wednesday is written by Smallville creators Al Gough and Miles Millar, who will also executive-produce and serve as the showrunners. Tim Burton will direct and executive-produce alongside Kayla Alpert, Steve Stark, Andrew Mittman, Kevin Miserocchi, Jonathan Glickman and Gail Berman.

Feast your eyes on the following first-look photos, then hit the comments and tell us if you’ll be adding Wednesday to your Netflix watchlist. 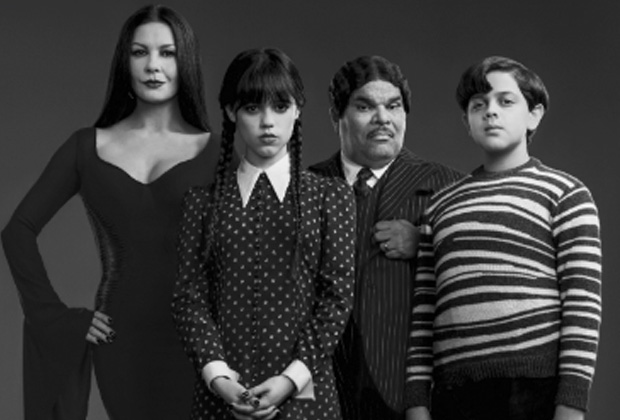 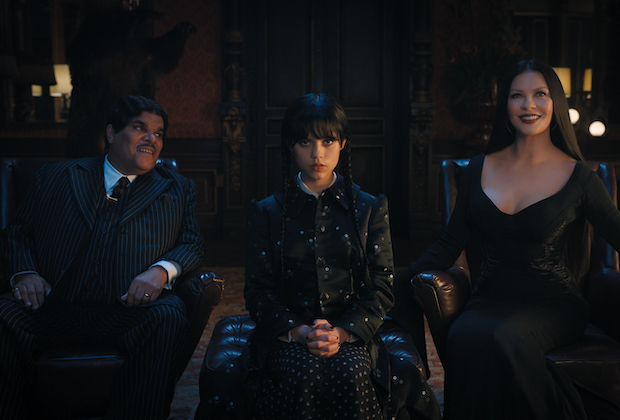 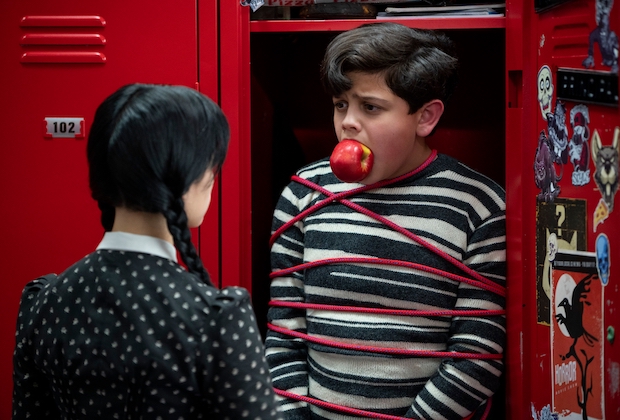 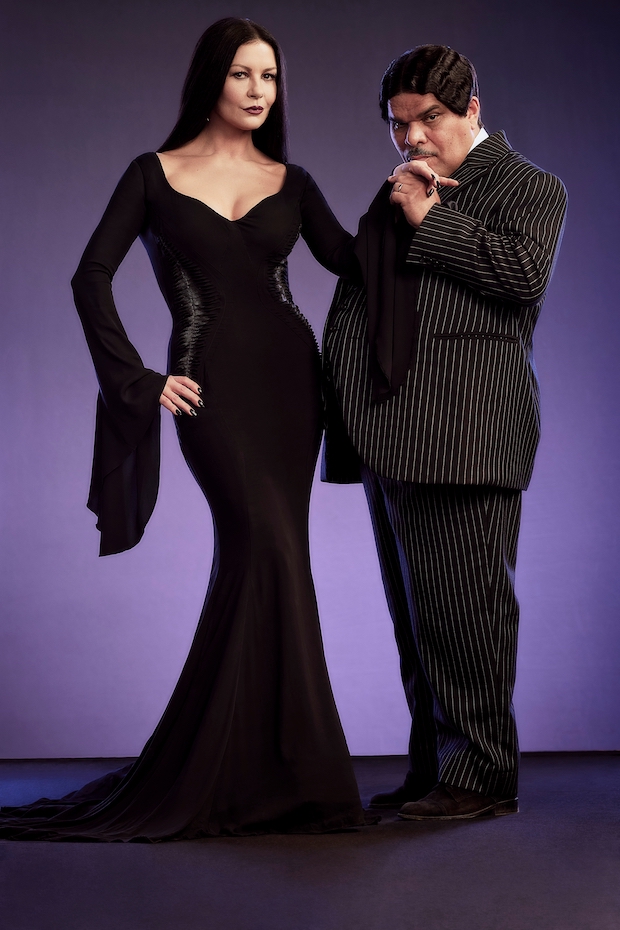