Hallmark Media president/CEO Wonya Lucas and programming EVP Lisa Hamilton Daly know how much their viewers love and miss certain franchises. Yet when it comes to Good Witch (which ended over a year ago) and Signed, Sealed, Delivered, the execs are not ready to confirm any return timetables.

Good Witch ended its run in July 2021, with a Season 7/series finale in which Cassie (played by Catherine Bell) saved the cousins’ imperiled magic, Stephanie and Adam decide to tie the knot (but Donovan and Abigail broke up) and Cassie’s brother Vincent returned to Middleton.

At the time, a Hallmark rep told TVLine that while there were no plans for future Good Witch TV-movies, “Catherine Bell, James Denton and Katherine Barrell, among others, are members of the Hallmark Channel family, and we are in discussions on future projects.”

Now, appearing at the Television Critics Association summer press tour this Wednesday, Daly said, “As far as Good Witch, I think we’re always interested in thinking about what we can do with our most popular IP.” But, she added, “I can’t announce anything specific about that.” 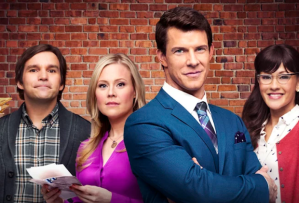 “And that also holds for Signed, Sealed, Delivered,” the Hallmark Movies & Mysteries franchise starring Eric Mabius, Kristin Booth, Crystal Lowe and Geoff Gustafson, and which last served up a new entry in October 2021. “I don’t think we’re finished with that,” Daly said.

Specifically regarding Signed, Sealed, Delivered, Lucas noted that “the fandom and the passion for that franchise is unusual. And so we listen, we hear. There’s more to come.” To which Daly added, “I’d say, ‘Stand by.'”

As far as series that very much are active, the execs confirmed that while Chesapeake Shores is about to launch its final season, When Calls the Heart is already in production on Season 10, with an eye on a mid-2023 premiere.

Want scoop on any Hallmark series? Email InsideLine@tvline.com and your question may be answered via Matt’s Inside Line.