Breaking Bad creator Vince Gilligan, who also co-created the spinoff Better Call Saul and wrote and directed this week’s penultimate episode, admitted that he messed up a key detail in the script for the episode, titled “Waterworks.” (Read our full recap here.)

“In this last episode, which I’m very pleased with and was a group effort like they all are, I realized Gene, at the very end of the final act, he should’ve been talking to Jeff on his Bluetooth earpiece,” Gilligan told reporters during the Saul panel on Wednesday at the Television Critics Association virtual press tour. “Because we had made a point in the previous episode that he was back to being Saul with the earpiece. I dropped the ball on that one when I wrote the episode.” 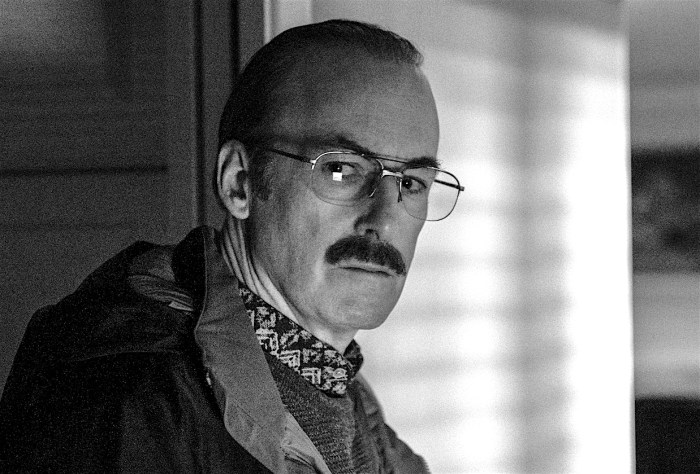 He also has a lingering regret from his days on Breaking Bad, he added: “Aaron Paul’s teeth were too perfect. This poor guy just got the living s–t kicked out of him time and time again, story-wise, and also he smoked a lot of meth, and his teeth were just like Cary Grant perfect.” His Saul co-creator Peter Gould reminded him that he could go back and change that, but Gilligan declined to tinker with the past: “I’m not gonna do that George Lucas stuff.”

The Better Call Saul series finale airs Monday at 9/8c on AMC. Hit the comments below and tell us: What are you hoping to see in the final hour?