The team behind Disney+’s She-Hulk: Attorney at Law, though the cat is now out of the bag, isn’t about to shed any light on their plans for Charlie Cox’s Matt Murdock aka Daredevil, who was revealed at the very end of the recent trailer below. But they did tout a “fun” time ahead for characters and viewers alike.

“Charlie is amazing” and “does some great work” on She-Hulk, the Emmy-winning Orphan Black alum avowed. “The tone of our show is so different [from Netflix’s Daredevil], and to see his character in the tone of She-Hulk is really fun.”

Gao in turn teased that “to watch Matt Murdock and Jennifer Walters, She-Hulk/Daredevil, go toe-to-toe and match wits is something that people are gonna love.”

“Charlie and Tatianna have SUCH great chemistry together,” added Coiro. “It’s really, really fun seeing them together — like, it really has the vibe of like an old Howard Hawks movie” (e.g. Bogie and Bacall in The Big Sleep).

Update: The She-Hulk Twitter account on Aug. 6 shared a first, clear screenshot of its take on Daredevil: 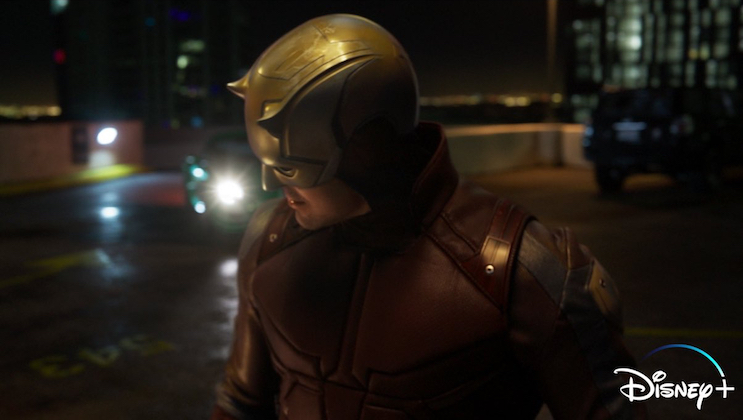 It had been announced earlier at press tour that Maslany will “Hulk out” every Thursday, now that the Marvel series has switched its premiere date to Aug. 18, with subsequent episodes releasing on Thursdays.

Want scoop on She-Hulk? Email InsideLine@tvline.com and your question may be answered via Matt’s Inside Line.