Got a few minutes? We’ll get you up to speed on the genre-TV universes you’ve always wanted to enter (but also kinda felt intimidated by). Next up: Netflix’s trippy adaptation of Neil Gaiman’s The Sandman comic books. All 10 episodes of Season 1 begin streaming on Friday, Aug. 5.

THE SOURCE MATERIAL | A 1989 to 1996 DC Comics series of the same name, written by Neil Gaiman (American Gods, Good Omens) and drawn and colored by various artists.

THE GIST | Morpheus, lord of a mystical realm known as The Dreaming, is the keeper of all of humanity’s dreams (and nightmares). He and his siblings — Death, Desire, Despair, etc. — are collectively known as The Endless: embodiments of the concepts they represent. When we meet Morpheus, who also goes by the name Dream (among many others), he has just been imprisoned in the waking world by a magic-obsessed rich guy who fantasizes about conquering death. 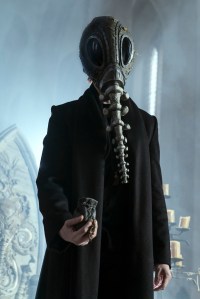 PREVIOUS ADAPTATIONS | Over the years, several people have attempted to adapt The Sandman into a movie or TV show. None were successful, in part because the show’s scope is so vast and in part because a fiercely protective Gaiman wasn’t on board with most of the visions for the projects. “For well over 30 years, my part in Sandman adaptations was just to try and stop bad ones from happening,” he has said. “And fortunately, I was always successful in this.”

DO I NEED TO HAVE READ THE COMICS TO UNDERSTAND THE TV SHOW? | No… but immersing oneself in The Sandman’s quirky, expansive universe will definitely be a heavier lift for those who aren’t familiar with the graphic novels. 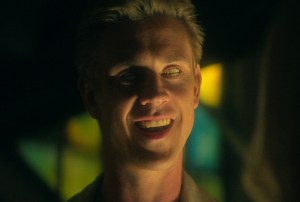 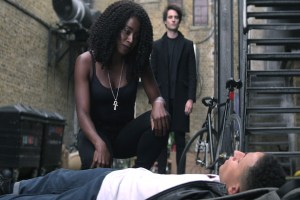 WHO’S IN CHARGE? | Gaiman developed and wrote the adaptation with David S. Goyer (Foundation, Constantine) and Allan Heinberg (Grey’s Anatomy, Wonder Woman). All three are executive producers on the series, and Heinberg also serves as showrunner.

And now you’re caught up! Check out our explainer video at the top of the post — featuring Sturridge, Howell-Baptiste, Coleman and Gaiman — to see more series footage, then hit the comments with your thoughts!