THE SHOW | For All Mankind

THE PERFORMANCE | Getting buried underground on Mars led to an excavation of emotions for Commander Ed Baldwin in this week’s episode of the Apple TV+ thriller — and throughout the nerve-wracking ordeal, his portrayer Joel Kinnaman gripped our attention during a series of increasingly intense scenes.

Trapped in a Helios habitat under layers and layers of sand following a devastating landslide, Ed woke up to find his surrogate son and fellow astronaut Danny tending to Ed’s abdominal wound. As Danny bandaged the spot, Ed’s pain practically pierced the screen through Kinnaman’s labored pants and clipped curses.

But even with time and oxygen running out, it was the emotional trauma that surfaced, more so than the physical circumstances of Ed and Danny’s situation, that allowed Kinnaman to deliver some of his best work on the series. When Danny told Ed that his late son Shane was terrified of his own father, the revelation shook Ed to his core. Kinnaman’s face was a picture of steely denial and anger as Ed refused to accept the horrifying truth of Danny’s words. It wasn’t until Ed started to lose hope that they would be rescued that he entered acceptance, with Kinnaman imbuing mournful regret into his character’s epiphany. Ed recalled that the last time he spoke to Shane before his death, he yelled at his young son to “be a man.” Now facing his own potential demise, Ed bellowed those shameful final three words over and over, Kinnaman’s voice growing more distraught and full of shame with each repetition.

Ed may not have been Father of the Year material in the past, but Kinnaman’s surprisingly vulnerable performance over the course of this episode proved that the astronaut has come a long way in his own growth. 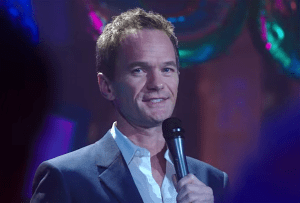 HONORABLE MENTION | We’re used to Neil Patrick Harris making us laugh on TV, but we were a little surprised at how hard he tugged on our heartstrings in the premiere of his new Netflix sitcom Uncoupled. As Michael, a newly single gay man in his 40s, Harris can still deliver a quippy punchline as deftly as he did during How I Met Your Mother‘s heyday. But he also tapped into an unexpectedly potent level of heartache when a freshly dumped Michael had to make a birthday toast to his boyfriend Colin, just moments after Colin abruptly broke up with him. His speech was an incredible feat of barely maintained composure, with Harris tearing up and fighting back sobs as Michael’s words doubled as both a tribute to Colin and a plea for him to reconsider their split: “I can’t imagine my life without you. It just doesn’t make sense.” Uncoupled is mostly a light and fun rom-com, but it’s Harris’ stellar work here that might make it worth a more serious commitment. 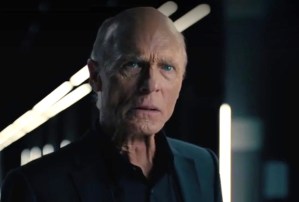 HONORABLE MENTION | Westworld’s Ed Harris this week had a lot to play with, as host William alternately flexed his power and admitted to having questions of his own. The opening sequence was a delight, as William let two human dinner companions blather on about privilege, before he made them question their regard for him as a “great friend” instead of someone who “can do anything I want!” to them. (“There are two types of people, and you, my friend, are not in the group you think you are,” William taunted the man.) Harris later enjoyed a terrific two-hander with Tessa Thompson’s “bored god,” and then one with himself, where host William roared, “Who am I?!?!” at his human self. “Maybe it’s time to question the nature of your own reality,” human William said, and we’re excited to see Harris go along for that ride. 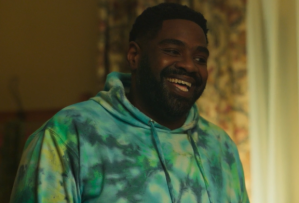 HONORABLE MENTION | While everyone plays second fiddle to Maya Rudolph on Loot, Ron Funches manages to hold his own thanks to his excellent comedic timing. This week, Howard served as a mediator for Molly as she reconnected with an icy family member. The comedian’s quirky delivery elevated every line he recited, from his character’s proclivity to keep his bike helmet in the work fridge (so it’s cold when he puts it on, duh!) to his untimely quip uttered seconds before they entered a gathering (“Is that what you’re wearing?”). Funches’ home-run one-liners and facial expressions refused to quit. After stepping up to defend his cousin, Howard begged her to delete his Ninja College comic should he not return from battle: “It is the worst thing I have ever read.” Just as Molly’s lucky to have Howard in her corner, we, too, are fortunate to have his portrayer on our screens.