This week on The Orville, the Moclans threatened to walk out on their deal with the Union, while a very special guest star showed up to offer (musical) advice.

Topa (played by TVLine Performer of the Week honorable mention Imani Pullum) was again front and center in Season 3’s eighth episode, first as she innocently explored a crush (on Gordon!), and then far, far more seriously when she asked to tag along with Bortus and Kelly on their visit to the island sanctuary where her hero, Heveena, takes care of rescued Moclan females. 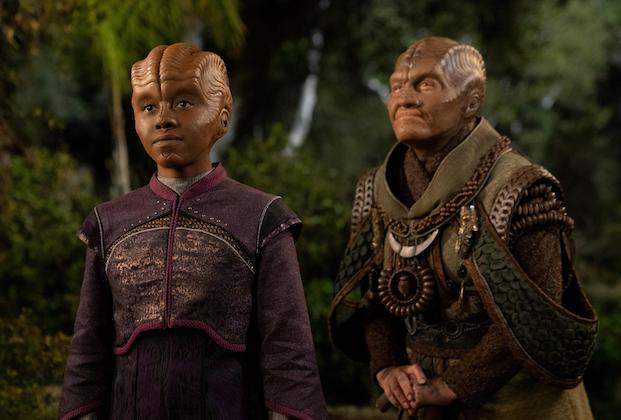 Arriving via shuttle, the Orville trio were met by their surly Moclan counterparts, who were also there to make sure the Dolly Patron-idolizing sanctuary was being run as promised, and not smuggling in new female Moclans. Topa got to meet Heveena, and the two took an instant liking to each other. In fact, during dinnertime, Heveena privately invited Topa to help the female Moclan cause by using The Orville‘s advanced communications array to expedite top-secret, encrypted messages between a Moclus mole and the sanctuary. Topa agreed — with the proviso that she would not tell anyone, not ever her father or Commander Grayson — but shortly after that covert convo with Heveena, the lass was kidnapped by the Moclan landing party!

Realizing that Topa had vanished and after finding a few small clues, Bortus and Kelly followed the Moclan shuttlecraft to a black site on a barren planet. Meanwhile, Ed and the Union at large — short of hard evidence, namely Heveena admitting to her illegal smuggling (to establish motive) — frustratedly found themselves unable to leverage the Moclans to investigate. But with Haveena now aboard The Orville, Talla led the special guest to the simulation room, where the female Moclan found a rustic, cozy cabin… and Dolly Parton herself, in the (simulated) flesh! Dolly was there mainly to delight her No. 1 fan, share a (real-life!) anecdote about a childhood injury that drove home the message, “Sometimes you have to do the right thing in the here and now”… and then play us a tune from her new album. 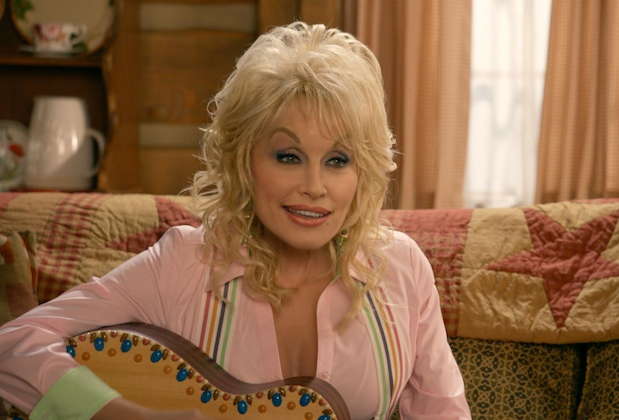 “What an honor to be on The Orville with Seth MacFarlane and Rena Owen (who plays Heveena),” Parton said in a statement. “I might be as old as yesterday, but with all this new technology they make me look as new as tomorrow! I really hope the fans enjoy it as much as I enjoyed being a part of it.“

At the black site, Topa was pretty mercilessly tortured by a one-eyed Moclan brute who demanded to know the name of her contact and the sanctuary’s secret transmission frequency. Meanwhile, Heveena was moved to confess her illegal doings to the planetary council, if it meant lighting a fire under the investigation of Topa’s kidnapping. But despite her magnanimous gesture (and Gordon calling out the Moclans on so much of their “bulls–t”), the Moclan delegation declared themselves insulted, and announced they would be backing out of their Union alliance!

Bortus and Kelly landed near and then infiltrated the Moclans’ black site, getting into some hallway firefights and ultimately rescuing Topa. But it was all Kelly could do to keep Bortus from beating his daughter’s captor do death; instead, he took out the goon’s one good eye with a space-age cattle prod. The trio then boarded their shuttle and narrowly escaped the planet, after a thrilling, $$$ chase with multiple Moclan fighters through a winding canyon.

Just as the Moclan delegation was expressing so much righteous indignation before the planetary council, Bortus, Kelly and a bloodied/bruised Topa walked in. With the Moclans’ criminal jig fully up, the Union initiated a “messy divorce” with their always-shaky ally. Later, while getting treated in the med bay, Topa was visited by her other father, Klyden (with Bortus’ blessing). Klyden opened up about how previous events made him feel as if he felt “hate” for his female child, but he has come to realize quite the opposite. That night, the fathers — both of whom renounced their Moclan citizenship — and Topa sat down together for supper, and in fact Klyden invited a visiting Kelly (who had a kinda sorta near-kiss with Bortus earlier!) to join them.

What did you think of the episode “Midnight Blue”?