Grammy-winning singer H.E.R. ought to start practicing her dreamy, far-off look: She’s been tapped to play Belle in ABC’s upcoming live-action take on Beauty and the Beast, TVLine has learned. 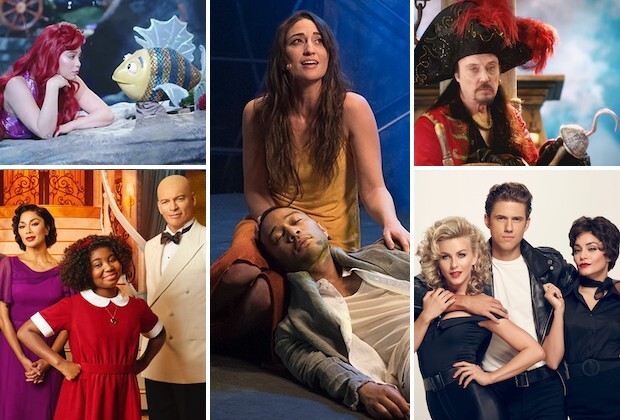 Airing Thursday, Dec. 15, ABC’s Beauty and the Beast production will interweave live-action musical performances with scenes from the animated film, as the network previously did with its Little Mermaid tribute in November 2019. With H.E.R.’s casting as Belle, the R&B songstress becomes the first Afro-Filipina woman to play the iconic Disney princess on screen.

“I can’t believe I get to be a part of the Beauty and the Beast legacy. The world will see a Black and Filipino Belle!” H.E.R. said in a statement. “I have always wanted to be a Disney princess, and I get to work with two wonderful directors Hamish Hamilton and my favorite, Jon M. Chu. It is very surreal and I couldn’t be more grateful.”

Added Chu, who will exec-produce the special: “With her obvious extraordinary talent and stage presence, H.E.R. is the perfect embodiment of our Belle and we are thrilled for audiences to see her in this celebration of creativity. We were both influenced as storytellers by the original animated movie, so it’s very exciting to collaborate together to honor the artistry of that timeless classic while also inspiring a whole new generation of creators.”

The live-action event will commemorate 30 years since Beauty and the Beast became the first animated film to earn a Best Picture nomination at the Academy Awards. It ultimately lost to The Silence of the Lambs, but the movie did pick up a trophy for Best Original Song (“Beauty and the Beast”) that year.

Additional Beauty and the Beast cast members will be announced at a later date. Are you looking forward to H.E.R.’s portrayal of Belle?