How will Kevin Can F**k Himself end? The trailer for the second and final season of AMC’s black comedy hints at several potential outcomes.

First Look: Erinn Hayes in 'Kevin Can F**k Himself' 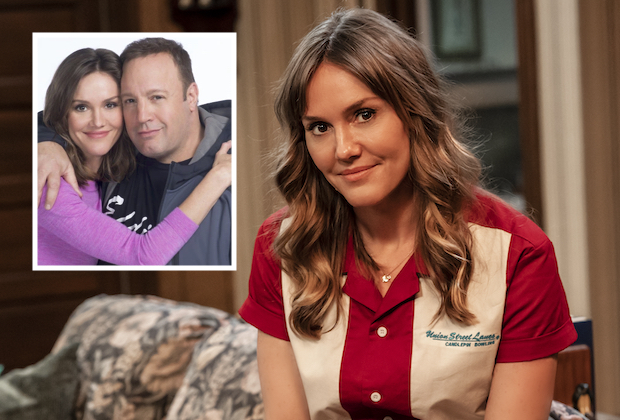 Ahead of its Monday, Aug. 22 premiere, AMC has revealed the following first look, which picks up in the immediate aftermath of the Season 1 finale. As you’ll recall, Kevin’s best friend and neighbor Neil had learned of Allison and Patty’s murderous plan and vowed to blow their cover. Now in Season 2, “Allison and Patty scramble to deal with Neil, pushing Allison to find a better way out,” according to the official logline. “Altering the original escape plan, Patty once again agrees to help Allison — but this time, on her own terms.”

At one point in the above-mentioned trailer, we see a cop car approaching the McRoberts residence. Might the series end with Allison’s arrest? Doubtful….

In another scene, we see Allison fall into a shallow grave, presumably dug for her good-for-nothin’ husband. But in order to get away with murdering Kevin, she’d also have to kill Neil. That’d be quite the undertaking….

What appears most likely, assuming she manages to bypass the Worcester Public Library’s firewall and complete her research, is that Allison will attempt to fake her own death and make a clean break.

As previously reported, Erinn Hayes is set to guest-star during Season 2 of Kevin Can F**k Himself, whose title is an obvious play on CBS’ Kevin Can Wait, a two-season comedy primarily remembered for just how sloppily it handled Hayes’ expulsion as James’ significantly better half. Character details are being kept under wraps, but you can see Hayes in action here.

Are you looking forward to the second and final season of Kevin Can F**k Himself? Watch the trailer above, then hit the comments with your reactions.