Loki‘s multiverse is getting a new addition: Rafael Casal (Blindspotting) has joined the cast of Disney+’s Marvel series for its upcoming second season, our sister site Deadline reports. 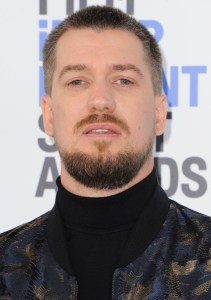 No official word yet on who Casal will be playing, but unconfirmed rumors are swirling online that he could be playing demonic villain Zaniac. Loki, starring Tom Hiddleston as the titular trickster god, wrapped up its six-episode freshman season last July and was renewed for Season 2 on the same day the season finale was released.

Casal writes and costars in the Starz drama Blindspotting after doing the same duties on the original 2018 film of the same name. His other TV credits include The Good Lord Bird, Are You Afraid of the Dark? and Bad Education.

* Rosie Perez (The Flight Attendant) has joined the Season 2 cast of Bryan Cranston’s Showtime legal drama Your Honor, per Deadline. She’ll recur as U.S. Attorney Olivia Delmont, who’s working with a reluctant asset to bring down a New Orleans crime ring. Plus, Andrene Ward-Hammond, who recurred as Big Mo in Season 1, has been promoted to series regular for the second season.

* Martin Lawrence will be a recurring guest star on AMC’s upcoming series Demascus, set to debut next year. The actor/comedian will play Demascus’ “irascible Uncle Forty, a man who has seen better days.”

* Newly minted Emmy nominee Andrew Garfield (Under the Banner of Haven) will play British entrepreneur Richard Branson in the six-part limited series Hot Air, Deadline reports. A network is not yet attached.

* Mayor of Kingstown has promoted Nishi Munshi, who plays Kyle’s wife Tracy McLusky, to series regular for the upcoming Season 2, per Deadline.