Tyra Banks is coming back to the Dancing With the Stars ballroom… and she’ll have some company. 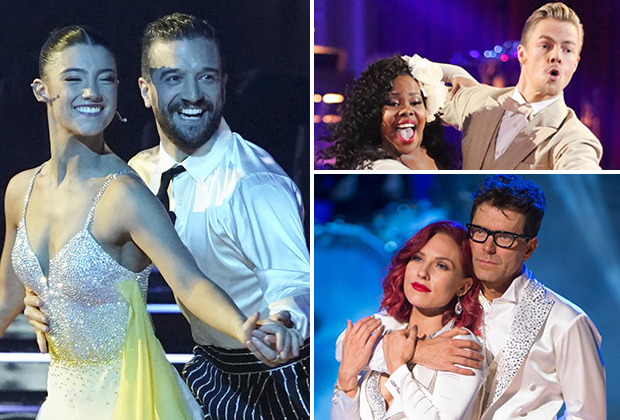 Alfonso Ribeiro is joining as a co-host alongside Banks as the long-running celebrity dance competition moves from ABC to Disney+ this fall, TVLine has learned. Banks returns for her third season as host and executive producer, and the judging panel will return intact as well, with Len Goodman, Carrie Ann Inaba, Bruno Tonioli and Derek Hough all coming back for the inaugural Disney+ season.

Ribeiro — best known from his days as Carlton Banks on The Fresh Prince of Bel-Air — is no stranger to the DWTS ballroom: He won the Mirrorball trophy as a celeb competitor along with pro partner Witney Carson back in Season 19. He also currently hosts America’s Funniest Home Videos, which returns to ABC this fall.

“Dancing with the Stars has been such an important part of my life for so many years, and I am ecstatic to officially re-join this tight-knit family as co-host,” Ribeiro said in a statement. “Tyra and I have a longstanding friendship that I hope will resonate with all of the fans at home as we kick off this new season on Disney+.”

Banks added: “I’ve known Alfonso since I was 19 years old, and he always puts a smile on my face whenever I see him. Having such a fun-loving, longtime friend as co-host warms my heart. Plus, he’s won the competition before, so he knows exactly what the stars are going through. Bantering back and forth with him live is going to be so much fun!”

DWTS‘ move to Disney+ was first announced in April, following a whopping 30 seasons on ABC starting in 2005. It will mark the streamer’s first foray into live programming, with an additional season already ordered and presumably airing next spring. A premiere date for this fall’s Disney+ debut has not yet been announced.

Alright, DWTS fans: How do we feel about Alfonso joining Tyra? And about the judging panel coming back? And about the move to Disney+?! Hit the comments below and sound off on all of it.