The following contains a spoiler or three from the season finale of Stranger Things 4.

One of Stranger Things 4‘s most tender season-finale moments (amid so much mayhem!) was ad-libbed by the actors involved. 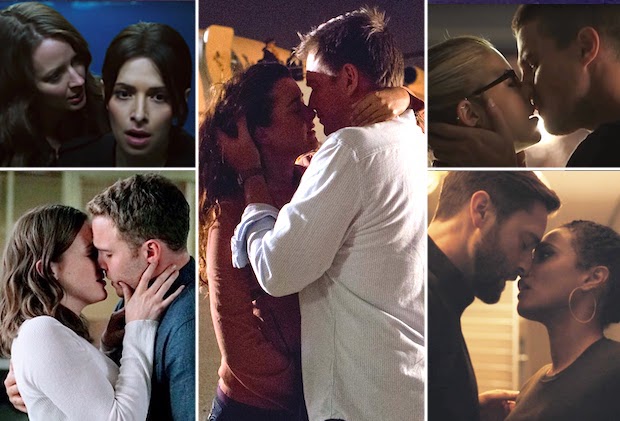 Not long into the XXL season finale aka “The Piggyback,” Joyce and Hopper (played by Winona Ryder and David Harbour) are freshening up best they can before embarking on the next leg of their Russian odyssey, when the former gets a glimpse of the latter’s scarred body.

Joyce asks Hopper about all that he has endured, noting that they still have their foiled dinner date to properly go on. Their shared imagining of how that evening might go led to a hungry liplock that landed on TVLine’s list of TV’s 50 Longest-Awaited First Kisses, knocking off three that had been in a tie for No. 50 (by “Deckerstar,” “CaptainSwan” and “Jolex”).

Later in the finale, before Hopper heads off to fight the prison’s resident Demogorgon and his Demodog pals, Joyce urges caution, saying she doesn’t want to hold a second funeral for him. That leads to a sweeter smooch that was pure ad-lib. As the Stranger Things writers’ Twitter account revealed this holiday weekend, “This kiss wasn’t scripted” but instead was added by Ryder and Harbour on the day of filming.

This kiss wasn’t scripted, Winona and David added it on the day of filming pic.twitter.com/9vSWwYliWU

The writers’ Twitter account also said that Eddie’s “I love you, man” to Dustin was courtesy of Joseph Quinn, and that Lucas’ cry of “Erica, help” as he held a dying Max was improvised by series vet Caleb McLaughlin.

A previous version of this story conflated the Joyce/Hopper kisses. #FourthOfJuly