For the brains behind The CW’s Legacies, writing Thursday’s series finale (9/8c) was about “specifically bringing this show to a close in as elegant a way as we could,” showrunner Brett Matthews tells TVLine. Any additional Easter eggs for longtime fans of the Vampire Diaries universe (and there are several!) are merely bonuses.

TVD, Originals and Legacies: 28 Actors Who Crossed Between Shows

“The finale is definitely Legacies focused, but because this show is tied to that greater universe, it actually touches on every show within the franchise,” Matthews says.

Heck, even the structure of the finale is a subtle nod to the shows that came before it. Last week’s episode saw the Super Squad’s final battle with Ken reach its bittersweet conclusion, paving the way for an emotional (albeit action-free) finale that gives the characters enough time to properly chart their next steps.

“Many seasons of The Vampire Diaries finished like this,” Matthews says. “The penultimate episode was what most shows would consider the finale, and then the last episode was a downbeat. It’s something we’ve always wanted to do with Legacies, which is a little more action-y and hijinks-y than the other shows in the franchise, but we never had the chance. This became the perfect opportunity.”

(Matthews wasn’t concerned with packing in too many references, though, as he believes that “the TVD Universe will likely continue in different forms and fashions over the coming years.”)

While fans were blindsided by Legacies‘ cancellation last month, series creator Julie Plec has been preparing for the end ever since receiving a fateful phone call from The CW in January. The network’s typical plan of renewing anything and everything under the sun was suddenly compromised by its own uncertain future; its looming sale, coupled with the end of its lucrative Netflix deal, has significantly changed the rules of the game.

“The network called to basically say, ‘We don’t know if we’ll have jobs, or if we’ll have shows, or how much power we’ll even have to bring back the shows that we want,'” Plec recalls. “It was all up in the air, so they said to please plan accordingly, because there was a chance we wouldn’t know [whether we were renewed or canceled] until June. Because we were given that information, we were able to write a really nice completion to the arc of the season and make it feel like the end of the series without having to fret too much over it.”

“Creatively, I’m thankful that we were able to bring this season to a close — not knowing if it would be the final close — in a way that’s satisfying and nostalgic and something we can all be proud of,” Plec adds. “But this should still be on the air, in my opinion.”

What are your hopes for Legacies‘ final hour… and beyond? Check out this exclusive, ominous shot of an angry Alaric (and an even angrier Hope?) from the show’s final episode, then drop a comment with your thoughts below. 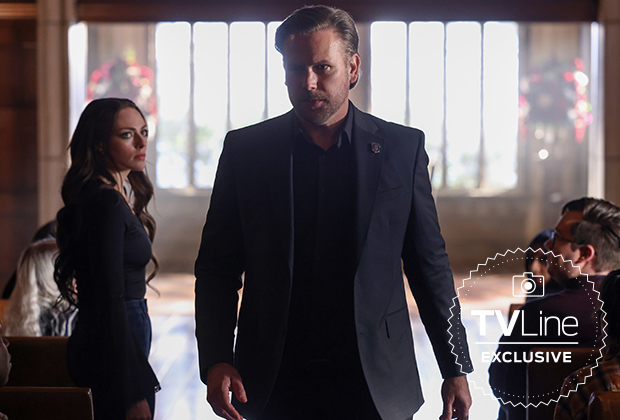