If you thought the tension between Charmed old and new would cool off now that the latter has ended its run, you’d be wrong!

In the wake of the reboot’s CW series finale, one of the original series’ writers — Curtis Kheel — took to Twitter on Saturday to slam version 2.0’s climax. (The June 10 swan song  ended with the current Charmed Ones — Mel, Maggie and Kaela — entering a portal to Halliwell Manor, the very home where Prue, Piper, Phoebe and Paige honed their craft in the original Charmed; read Andy Swift’s full recap here.)

“As an original Charmed writer, I can tell [you] what happened next: Piper, Phoebe and Paige vanquished the [three] imposters right after they invaded Halliwell Manor,” Kheel tweeted. “Then [Holly Marie Combs] blew up the portal to that other universe [and] quipped: ‘We wish them well.'” (The reference to original Charmed star Combs was not incidental; the actress’ displeasure with the reboot has been clear since the project was announced.)

The reboot’s writers wasted little time responding to the dig, tweeting, “Unlike with the OG version of the franchise, we had a strict ‘no a–holes’ hiring policy in the writer’s room. We feel mostly sorry for these people, because unlike them we actually like each other and had the best time.”

In a follow-up tweet, they added, “And for the record, we love both versions, which is why we set out to create a cohesive universe. In our minds there is zero competition in a long line of strong young witches tasked with repeatedly saving the world.” 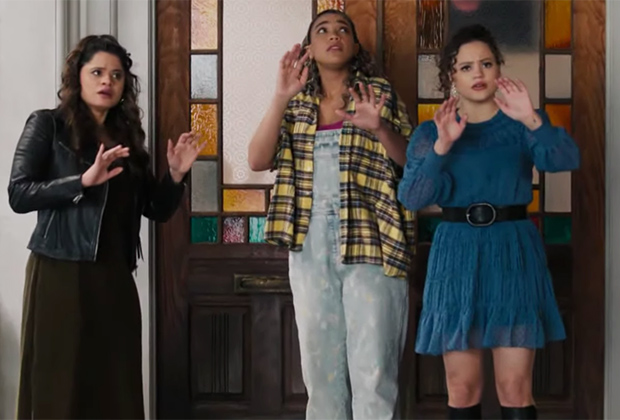 The war of words continued on Sunday with Kheel tweelaborating, “My problem with the Charmed reboot is that from Day One, it pretended like the original Charmed didn’t exist, yet it borrowed a ton of ideas from it. We worked very hard on the OG series for many years [and] to disregard that is offensive and disrespectful to us and our fans.”