Netflix will release its series adaptation of The Sandman on Friday, August 5. The streaming video service announced the news Monday as part of its Geeked Week festivities.

Netflix is calling the series “a rich blend of modern myth and dark fantasy in which contemporary fiction, historical drama and legend are seamlessly interwoven.” The Sandman will follow Morpheus, the Dream King (played by Sweetbitter‘s Tom Sturridge) — as well as those who’ve been affected by him — as he goes about putting right the mistakes he’s made during his eons-long existence.

The streamer also released a few new assets to tide over fans of Neil Gaiman’s DC Comics series until the series premieres later this summer. First up: a fresh teaser trailer, which you can see at the top of this post and which features a good look at several of the story’s key players. In addition to Sturridge’s Dream, we get glimpses of Johanna Constantine (Doctor Who‘s Jenna Coleman); Lucienne, a gender-flipped Lucien from the comics (The Witches‘ Vivienne Acheampong); Death (The Good Place‘s Kirby Howell-Baptiste); Desire (Cowboy Bebop‘s Madison Alexander Park); John Dee (the Harry Potter films’ David Thewlis); and The Corinthian (Narcos‘ Boyd Holbrook).

The cast also includes Game of Thrones‘ Gwendoline Christie as Lucifer and Charles Dance as Roderick Burgess, Bones‘ Stephen Fry as Gilbert and A.P. Bio‘s Patton Oswalt as the voice of Matthew the Raven.

In addition, The Sandman revealed that Merv Pumpkinhead, the character who serves as janitor in Morpheus’ realm The Dreaming, will be voiced by Star Wars’ Mark Hamill.

Press PLAY on the video above to watch the new teaser, scroll down to see the new character posters and key art (click on the images to see them in detail, and check out that sweet helm!), then hit the comments to let us know: Are you planning to watch The Sandman in August? 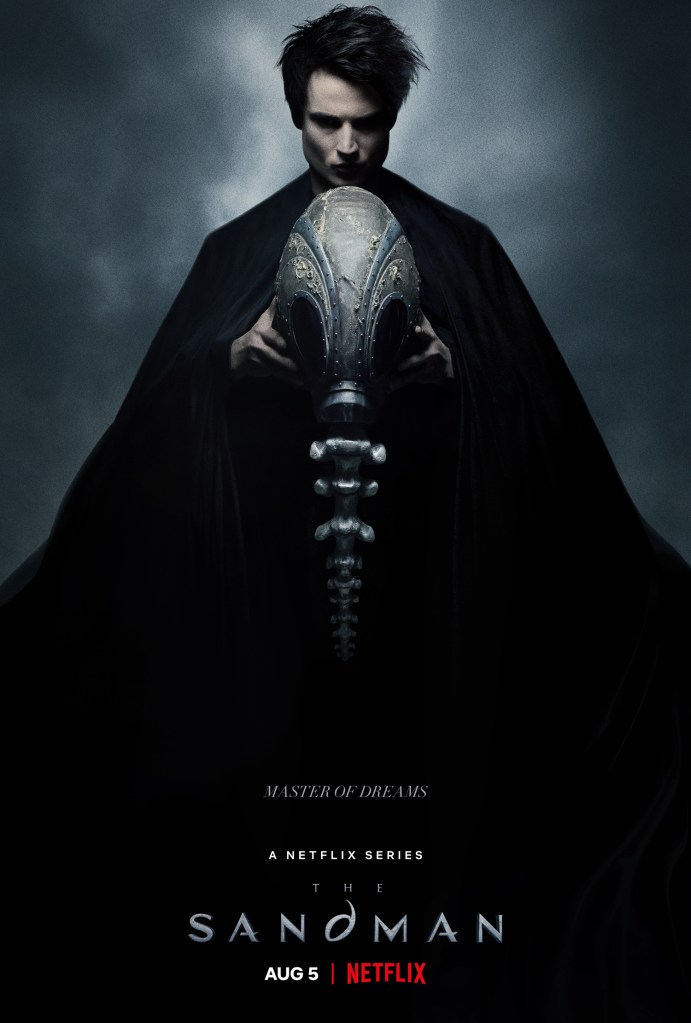 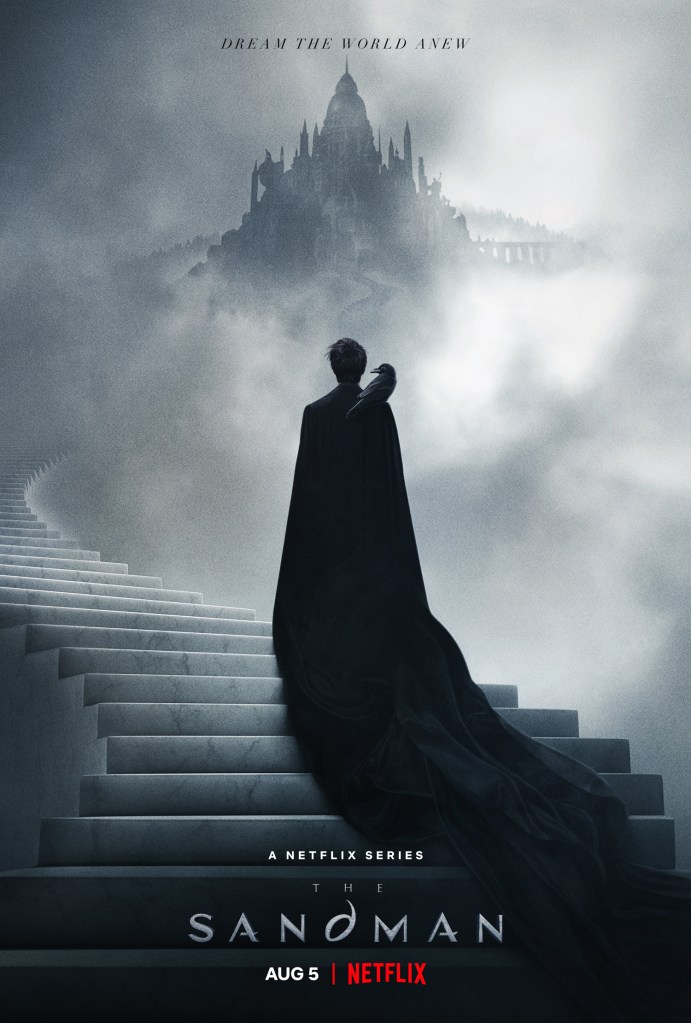 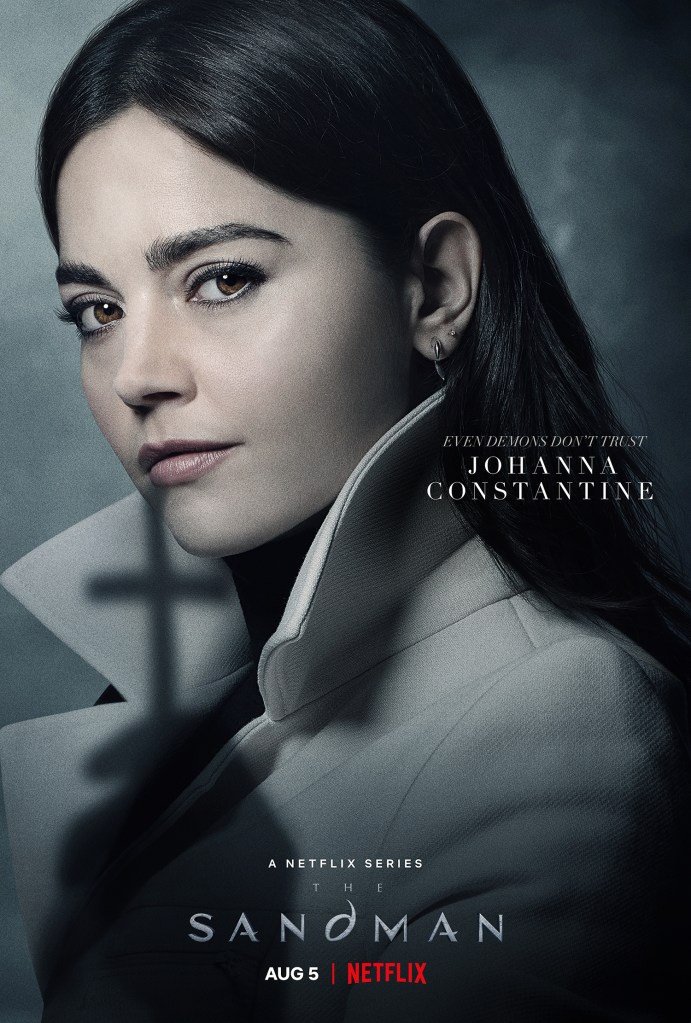 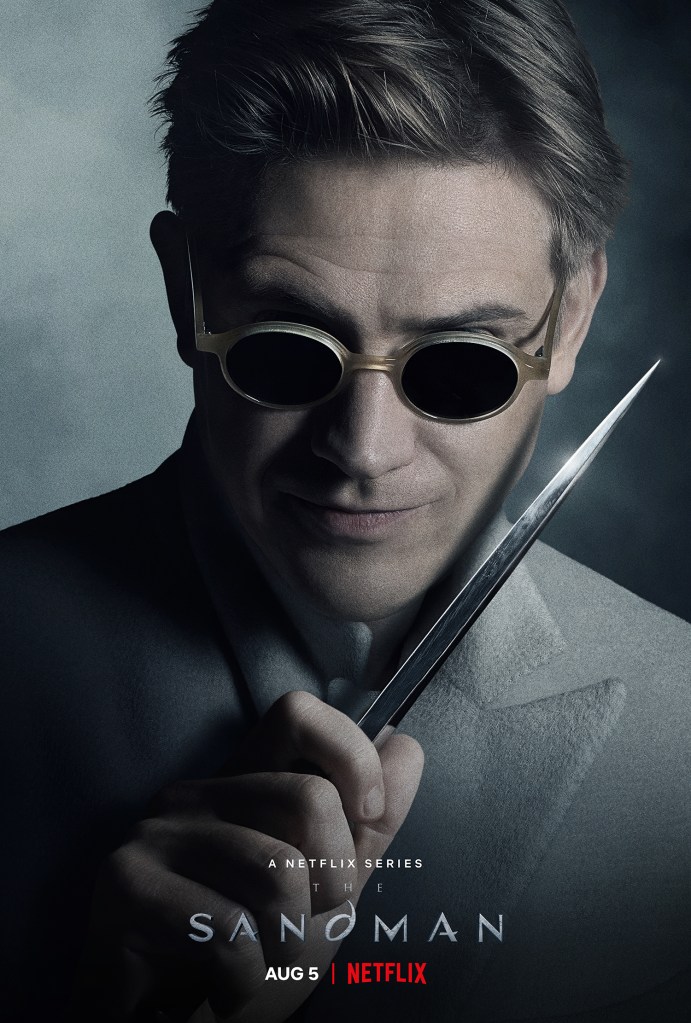