A battle between The Umbrella Academy and the Sparrow Academy is well underway in a new trailer for the Netflix series’ third season. 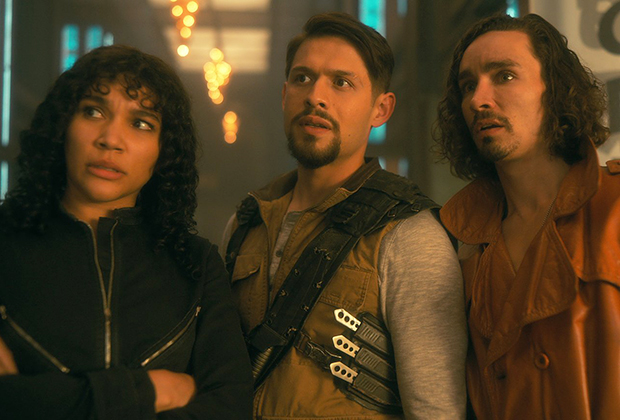 After a nearly two-year hiatus, the comic book adaptation will be back on Wednesday, June 22 with 10 new episodes. In the wake of that Season 2 cliffhanger — which found the Hargreeves siblings transported to an alternate version of 2019 — the family will navigate “challenges, losses and surprises of their own” in Season 3, along with “an unidentified destructive entity wreaking havoc in the Universe.”

“Now all they need to do is convince Dad’s new and possibly better family to help them put right what their arrival made wrong,” the logline continues. “Will they find a way back to their pre-apocalyptic lives? Or is this new world about to reveal more than just a hiccup in the timeline?”

In the trailer embedded above, the Hargreeves grapple with having been replaced by “a bunch of blobs and cubes and birds and s—t,” while trying to figure out (once again!) how to save all of existence in the next few days. But perhaps they’ll get some assistance from a familiar face that pops up in the trailer’s final seconds?

Watch the Umbrella Academy trailer above, then drop a comment with your first impressions!