We’ve got questions, and you’ve (maybe) got answers! With another week of TV gone by, we’re lobbing queries left and right about lotsa shows including Magnum P.I., Candy, B Positive and Grey’s Anatomy!

1 | The Wilds fans, do you think Shelby is secretly Gretchen’s person on the inside? And how surprised were you to see Ben Folds as a recurring guest star?

2 | Did the literally unreal sunset background kinda pull you out of Magnum P.I.‘s big “feelings”/kiss scene? (Shades of the Castle wedding?)

3 | As much as you’ve wanted NCIS: Los Angeles‘ Deeks and Kensi to start a family, is potentially adopting two young women what you had in mind?

4 | Did you appreciate Riverdale‘s callback to Miss Grundy, who we haven’t heard from since way back in Season 2? But also, does Betty really think we just started using the term “grooming” in terms of sexual predators?

5 | Say what? Fear the Walking Dead‘s John Sr. didn’t have time to gut a walker and smear himself with guts before fleeing with baby Mo, but he did have time for endless goodbyes with Grace and June? And even though John Sr. wanted to give his friend a head start on his getaway with the tyke, wouldn’t Morgan have insisted on humanely putting him down rather than letting him get devoured alive by walkers? 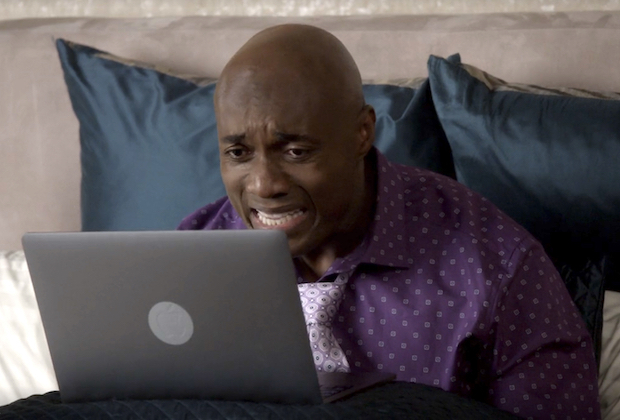 Why was Bob Hearts Abishola‘s Chukwuemeka fully dressed in his hotel bed, under the covers, while FaceTiming Kemi to check on Ogechi? Also, would you have ever guessed that Ebunoluwa (Abishola’s mom) is supposed to be 78 years old?

7 | While we appreciate The Neighborhood‘s attempt to address the controversy surrounding Critical Race Theory, was it perhaps too weighty a subject matter to relegate to the B-plot in an episode largely focused on Patti LaBelle’s introduction as the Butler family matriarch? Speaking of which, surely there’s an extended cut of LaBelle and the cast singing “Lady Marmalade,” right?

8 | On The Good Doctor, wouldn’t Lim’s chief concern about Claire becoming chief of surgery in Guatemala be that she would still be a resident had she not left St. Bonaventure? She started her residency the same year as Shaun, Park and Morgan, no? As for scrapping their Hulu-funded wedding at the very last minute, wouldn’t Shaun and Lea somehow be indebted to the streamer? Surely they had a contract of some sort… 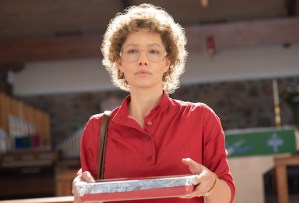 9 | Was it just us, or was Candy‘s Jessica Biel going for a young Sophia Petrillo look?

10 | After all this build-up, did Naomi villain Brutus’ “Bleeding Gums Murphy” persona fail to scare you? Why are his henchmen more frightening?

11 | On This Is Us, wasn’t Kevin’s grand, selfless gesture to serve as Rebecca’s primary caregiver — which required a lot of thought and planning — undercut by the fact that he didn’t have the decency to privately float the idea by sister Kate (AKA the person entrusted with their mother’s care) instead of springing it on her at an all-hands family meeting? And when teenage Kate referred to The Big Three as “two winners, one dud — kinda like Hanson,” which Hanson brother do we think she was dissing? 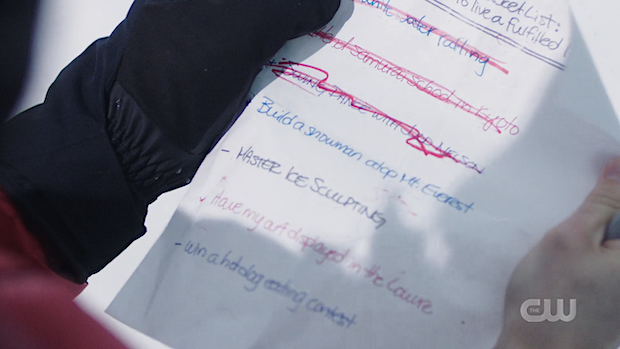 12 | Can we talk about Frost’s “bucket list” from The Flash (above), and why swing dancing with Judd Nelson was on it (and somehow checked off)? 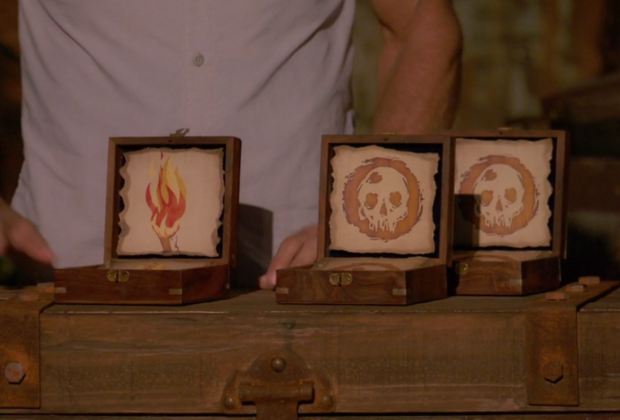 As TVLine reader Kflem commented: Didn’t the fire box from Survivor‘s Do or Die twist look slightly redder than the other two skull boxes?

15 | So on Chicago Fire, Emma’s game is to get a job working with/for a bunch of people who don’t trust her…? Very sound!

16 | Since neither the Roseanne revival nor The Conners has ever actually mentioned whether or not Jackie was married before — the Powers That Be have only ever confirmed that her son Andy was retconned — were you listening closely to Wednesday’s episode to hear whether anyone referenced Jackie’s first marriage to Fred? Perhaps it’ll be mentioned before she and Neville walk down the aisle in the May 19 finale?

17 | On A Million Little Things, isn’t it weird how often and easily Theo’s parents lie to him?

18 | Was anyone expecting the Domino Masters finale to have the most drama, outbursts of tears, breakdowns and bleeped expletives of any Wednesday-night program? 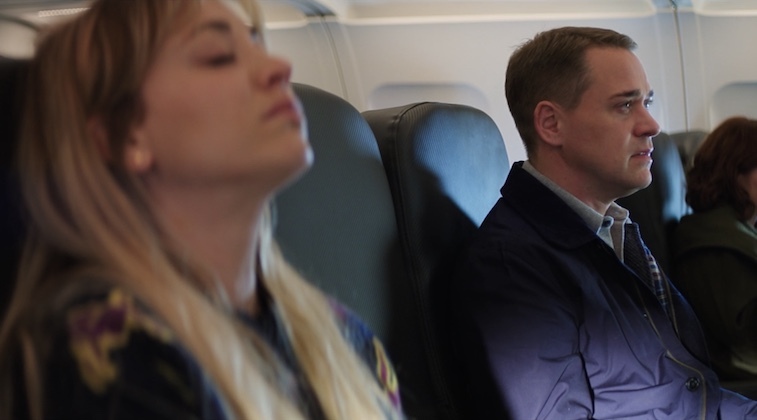 Why would The Flight Attendant‘s Cassie and Davey have been booked a(n empty) seat apart, as Black Market Carol chose to enforce? Also, if Annie was worried for Cassie’s life, wouldn’t she send a terse text versus leave a voicemail?

20 | Have any series short of Pose tried harder — or done a better job of trying — to further understanding of the trans community than Station 19 and Grey’s Anatomy, which both put trans stories front and center Thursday?

21 | Does the attitude that Grey’s Anatomy‘s Bailey threw at Nick constitute a hostile work environment? Or can such a label not be applied to a situation involving a temp? 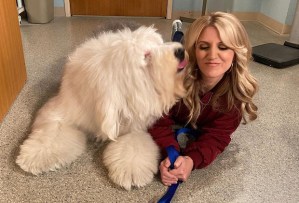 22 | We don’t expect the cancelled B Positive to be rescued, but what about Cannoli the Dog? Can one of Chuck Lorre’s other sitcoms take him in?

23 | On SVU, wasn’t pre-cana (aka pre-wedding) couples’ counseling a rather weak reason for Carisi to be at the Staten Island church, given that he hasn’t even asked Rollins to marry him yet?