Another Hallmark Channel movie queen is giving up her throne for an opportunity to reign over its newest competitor.

Candace Cameron Bure, who has headlined more than two dozen movies for Hallmark since 2008, is the latest actress to ink a deal with GAC Family (fka Great American Country), following Danica McKellar. 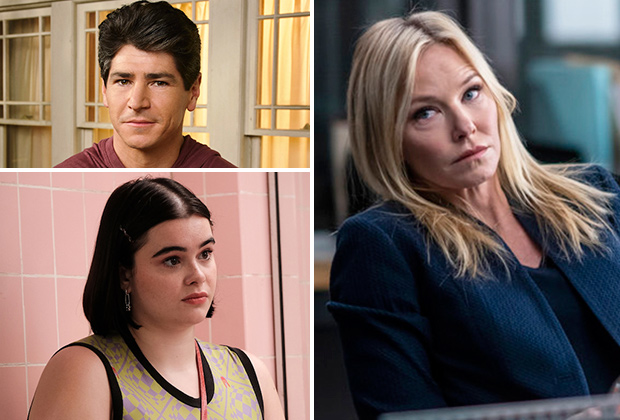 As announced by GAC on Tuesday morning, Bure will develop, produce and star in movies and television across GAC Family and GAC Living. She also will take on a prominent executive role at the company to oversee/curate programming for the networks as a whole, create year-round seasonal celebration content for the networks, and play a key role in the company’s annual Great American Christmas franchise.

“I’m very excited to develop heartwarming family and faith-filled programming and make the kind of stories my family and I love to watch,” Bure said in a statement. “I am constantly looking for ways that I can inspire people to live life with purpose. GAC fits my brand perfectly; we share a vision of creating compelling wholesome content for an audience who wants to watch programming for and with the whole family. Great, quality entertainment with a positive message is what my partnership with GAC is all about!”

TVLine hears that Bure’s GAC deal is exclusive to rom-coms and holiday fare, but her Aurora Teagarden Mysteries franchise at Hallmark is also dunzo.

“Crown Media has enjoyed over 10 years of collaboration with Candace,” a rep for Hallmark’s parent company tells TVLine. “We respect her decision and thank her for her many contributions.”

Bure’s most recent Hallmark outings were last November’s The Christmas Contest and this February’s Aurora Teagarden Mysteries: Haunted by Murder.

GAC Family is already in business with a number of other Hallmark vets, including Lori Loughlin. The When Calls the Heart alum returned to acting in December (following a two-month prison sentence for her role in the infamous college admissions scandal) via the spinoff When Hope Calls, which relocated from Hallmark Movies Now to GAC Family for Season 2.