American Idol viewers weren’t expecting any eliminations on Monday, but they got one anyway. 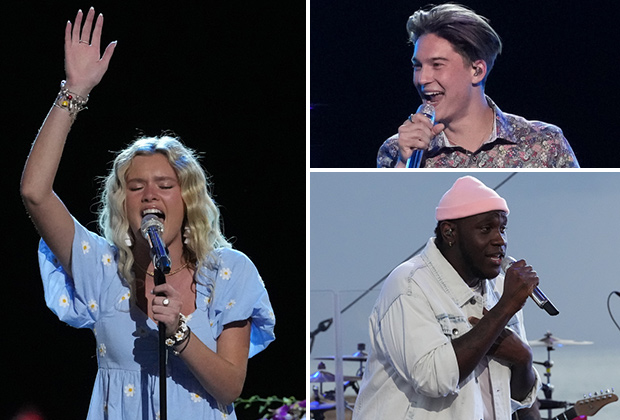 “You might have noticed that there was no voting information during Kenedi’s performance just now,” Seacrest said a studio. “Since we taped these shows in Hawaii earlier, Kenedi has decided to withdraw from our show for personal reasons. We send her well wishes.”

TVLine has also obtained the following statement from Fremantle Media: “We are disappointed to see Kenedi leave, but we are excited to watch this celebratory 20th season unfold with the incredible talent vying to be the next American Idol.”

Are you surprised? Join the club. Anderson has been an early frontrunner this season ever since her audition last month. Seated at a piano, she blew the judges’ (and viewers’) minds with an impressive, unique, unforgettable take on Lady Gaga’s “Applause,” one which earned her a coveted Platinum Ticket.

Of course, Anderson isn’t the first Idol hopeful to leave the competition early. Just last season, Wyatt Pike bowed out in a similarly mysterious fashion. (And then there was Caleb Kennedy, who announced his “departure” after a racist video resurfaced online.)

Are you disappointed by Anderson’s sudden departure? Hit PLAY on the video below to relive her incredible audition, then drop a comment with your thoughts on her decision.