Start your stretching now, because Apple TV+ has set a Season 2 premiere date for Physical, its dark, 1980s-set comedy created by showrunner Annie Weisman and starring/executive-produced by Rose Byrne.

Physical‘s 10-episode second season will premiere Friday, June 3 with the first episode, followed by a new release every Friday. (The series’ freshman run spanned the same summertime time frame in 2021; TVLine readers gave it an average grade of “A-.”)

Season 2 finds Byrne’s Sheila Rubin having successfully launched her first fitness video only to encounter some new and bigger obstacles on her path. She is torn between loyalty to her husband Danny (played by Rory Scovel) and the values he represents, and a dangerous attraction to local real estate mogul John Breem (Paul Sparks). And since Sheila is no longer the only game in town, she finds herself having to outrun some fierce new competitors on the road to building a full-fledged fitness empire. 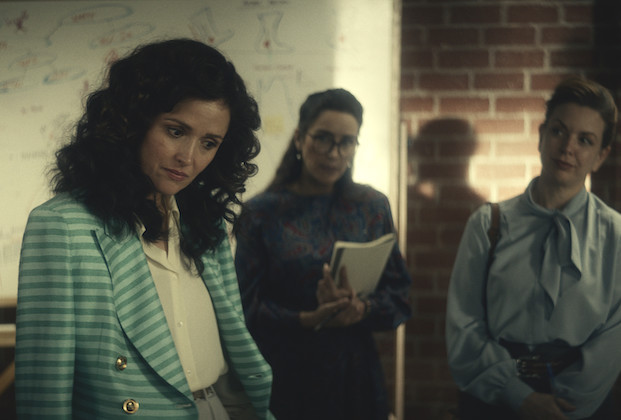 Also back for Season 2 are Dierdre Friel (as Greta) and Della Saba and Lou Taylor Pucci (as Bunny and Tyler), while The White Lotus standout Murray Bartlett (seen in the photo at top) has boarded the cast as Vincent “Vinnie” Green, a charismatic fitness instructor, weight-loss guru and “pioneer of the late-night infomercial.”

Want scoop on Physical, or for any other show? Email InsideLine@tvline.com and your question may be answered via Matt’s Inside Line.