It looks like Voight has more business with Anna on Chicago P.D., which returns with a new episode this Wednesday (NBC, 10/9c).

Voight first encountered the criminal informant in the Jan. 19 episode, “To Protect,” and the pair has been secretly working together ever since. Showrunner Gwen Sigan confirms that their story will continue as the Dick Wolf drama gears up for the remaining episodes of Season 9.

“We will definitely see more,” she tells TVLine. “You’ll see [Anna] in the penultimate episode, and you will see her in the final episode as well. It’s been so fun to write for Jason [Beghe] with [Carmela Zumbado], and so that connection will continue, [and we’ll see] it grow.”

When it comes to the sergeant’s connection with Anna, she’s “gotten under Voight’s skin a little bit,” Sigan adds. “He hasn’t really let anybody in in a long time, probably since Olinsky,” who died in Season 5. 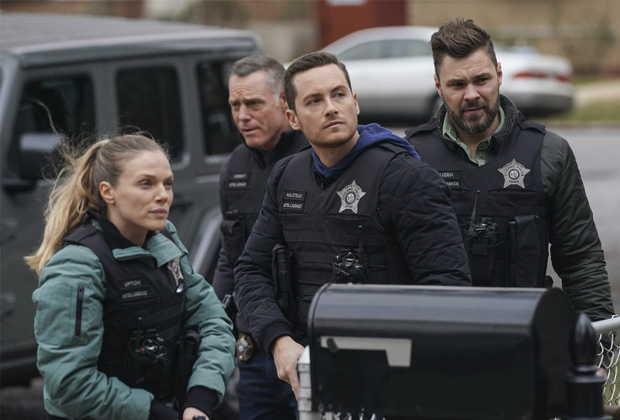 Their unlikely partnership started off rocky, to say the least. In “To Protect,” Anna assured Voight that she could help Intelligence bring down the Los Temidos gang.

When their undercover operation nearly went sideways, though, Anna came clean about her personal connection to the case, and Voight warned her not to lie to him again. Plus, after learning that Anna had been initiated into the violent gang, Voight vowed to get her out of that life.

She last appeared in the March 17 episode, “Closer,” going undercover for Voight to help take down a bakery owner suspected of using his business as a cover for a cartel.