Voight and Woods’ back-and-forth battle came to an end during Chicago P.D.‘s Season 5 finale, with rather tragic consequences for one third party.

Following the prison stabbing last week, Olinsky is taken to a hospital. Meanwhile, Voight is about to confess to killing Bingham, on the record, to free his friend when he gets a call. He rushes to the hospital and tells a barely conscious Olinsky, “You be strong. You hang in there.” To his credit, Olinsky replies, “I got this.” But sadly, he doesn’t. A passing doctor tells Voight that his pal didn’t make it. The Intelligence boss then informs his unit, who have expectedly emotional reactions to the loss. Halstead storms out of the room, while Ruzek comforts a crying Burgess, who is later tasked with packing up Olinsky’s desk. (Surely, there’s some underling who could have handled that?) 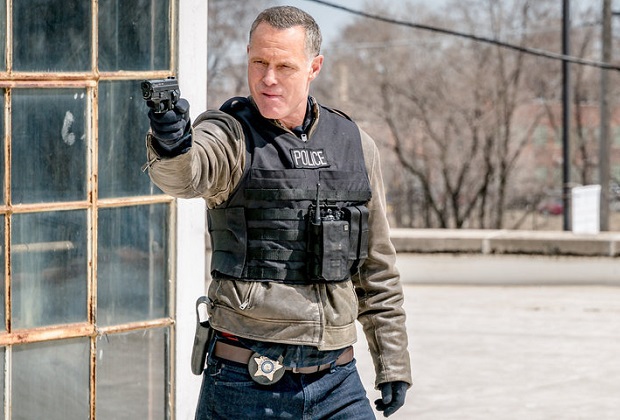 In the aftermath, Voight funnels all his energy into finding out who killed Olinsky, and even goes so far as to “interrogate” an inmate in a prison supply closet. When Antonio is horrified to see the prisoner beaten bloody — Olinsky wouldn’t want this, he says — Voight claims that the other man tried to choke him with his handcuffs. The tension between the two grows after Voight finds the person who ordered the kill and shoots him dead. Antonio arrives right after the gunfire, so he doesn’t know for sure what happened. Voight says the man was reaching for a gun, but the witnesses on the neighboring rooftop exclaim that Voight shot him in cold blood. After the higher-ups call in both detectives, Antonio notes that he can’t confirm or deny what Voight did, which ruffles Ruzek’s feathers. As far as Ruzek sees it, Voight took out a career criminal who was responsible for their friend’s death, so how can he not support that?

As for Woods, he finds a witness of his own, who claims to have seen Voight and Bingham together the night of the murder. However, the witness wants $20,000, which Woods gives to her on the condition that she exaggerate what she saw to seal the case. Later, Voight tells Woods that he doesn’t understand the difference between dirty and necessary. While Woods hurts innocents for his own ambition, Voight bends the rules to put away the truly evil and dangerous. Then Voight asks about the witness, even mentioning her by name. Yes, he set up Woods, who is arrested by Internal Affairs for bribing the fake witness. But the victory is bittersweet, as Olinsky is still dead, and the episode ends with an emotional Voight drinking, punching a door and breaking down as he cries, “I’m sorry, Al. So sorry.” 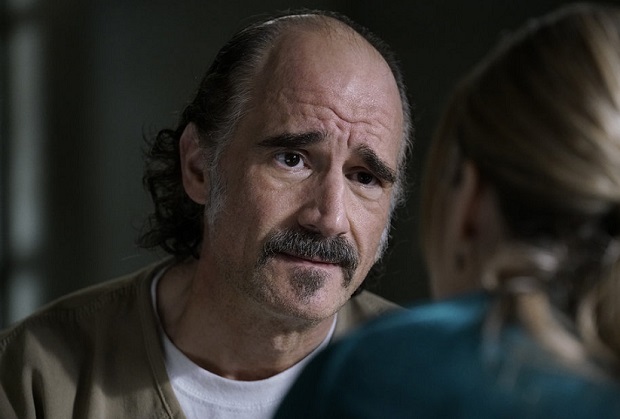 On the topic of the heartbreaking death, showrunner Rick Eid told TVLine, “From a creative perspective, it was a decision that evolved organically from the ongoing storyline between Voight and Woods. The writers and I kept coming back to this idea that Voight’s decision to kill Bingham should cost him something. Over time, we landed on the notion that Olinsky should be the person to pay for Voight’s sin because Voight admired and loved him so much.”

“From a business perspective, however, this was an extremely difficult decision,” Eid continued. “[Longtime series regular] Elias [Koteas] is a terrific actor and a good person. He’s also been an important part of the show since the very beginning. So this part of the process was really challenging. But Elias handled the news like a true professional and remained committed to the show and his character until the final shot. We will miss him dearly.”

P.D. fans, how are you feeling after Olinsky’s demise? Grade the season ender below, then hit the comments with your thoughts.