THE PERFORMANCE | Rosheuvel, whose stage credits include both Macbeth and Porgy and Bess, has the undeniable gravitas of a Shakespearean-trained actor. Every scene the Guayanese-born thespian inhabits on Bridgerton is made all the more believable because of her regal and layered delivery as Queen Charlotte. Although her 10-pound-plus wigs make it difficult for her to move her head and neck with ease, what Rosheuvel lacks in upper body agility, she more than makes up for with her expressive countenance and twinkling eyes.

This was especially impressive in Episode 6, an installment centered on Edwina and Anthony’s canceled nuptials and the crescendoing romantic tensions leading to Anthony and Kate’s first kiss. Rosheuvel’s Queen cared little for such particulars and instead steeled the monarch’s gaze to menacingly demand answers from Lady Danbury on why Edwina, her selected diamond of the season, became a runaway bride and if the royally sponsored wedding could be salvaged. After all, as the Queen emphasized, Lady Danbury was the one who recommended Edwina.

The Torchwood alum then elevated the performance as her Queen Charlotte emotionally pivoted from paranoid and guarded, because of the stabbing gossip that awaited her if the wedding didn’t take place, to compassionate. The latter came when Queen Lottie, as her King George called her, was visibly embarrassed when the very same dementia-riddled King barged in and didn’t appear to know where he was or what was going on.

Initially frozen with horror, Rosheuvel allowed her shoulders and facial muscles to thaw into a teary and tender smile when Edwina came to the rescue and told the King that Charlotte would make a beautiful Queen. The icy pallor of Rosheuvel’s alter ego didn’t completely subside until she was certain Edwina wouldn’t tell others about the incident, and it was only then that the portrayer relaxed back into her queenly posture and granted Edwina the much-needed marital escape hatch the youngest Sharma desired. 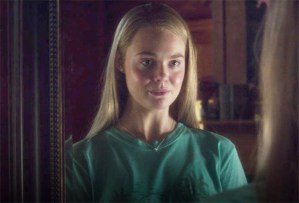 HONORABLE MENTION | There’s much that was unnerving about The Girl From Plainville‘s series premiere, namely Elle Fanning‘s excellent but chilling portrayal of Michelle Carter in the days after her boyfriend Conrad’s suicide. Fanning’s Michelle exhibited bizarre, sharp swerves in her behavior while grieving Conrad, culminating in an eerie final sequence where Michelle recited — word for word — the memorable 2013 Glee scene in which Rachel Berry mourns Finn Hudson in front of her classmates. Fanning’s beat-for-beat mimicking of the scene in question was astonishing, to be sure, but she also brought unsettling nuance to it. Even as Michelle wept over Conrad while singing “Make You Feel My Love,” it all felt cold and calculated, concluding with Michelle’s strangely placid smile at her own reflection — a look we’re still thinking about, days after the Hulu series debuted. 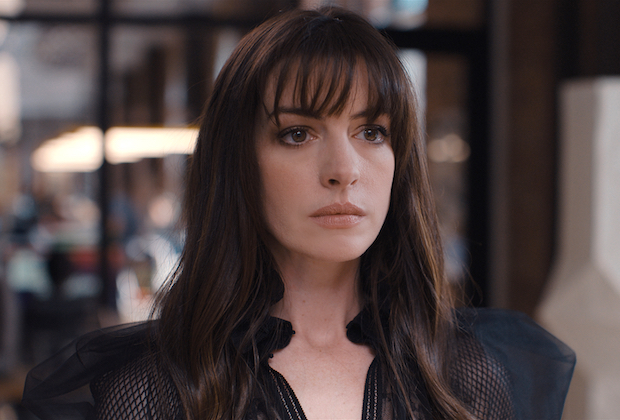 HONORABLE MENTION | Jared Leto may have the flashier role, but it’s Anne Hathaway who keeps us watching Apple TV+’s WeCrashed. In Episode 5, she takes Rebekah “Cousin of Gwyneth Paltrow” Neumann, a reptilian figure you wouldn’t typically take pity on, and almost (almost!) makes you feel sorry for her as she struggles to define her role at WeWork and find a greater purpose. There are plenty of showy moments — like when a relentless Rebekah drills into Adam that their startup should go vegan, or when she confides in Elishia that she often feels invisible — but Hathaway shines brightest during the quieter ones. Take, for instance, when Elishia rips into Rebekah and tells her that she will always be outshined by her husband. Rebekah stands there, quietly seething, then blots her eyes. She makes nary a peep, but it feels like Rebekah is screaming. That’s the power of Hathaway — a proven supernova. 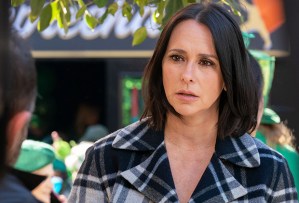 HONORABLE MENTION | 9-1-1 has pushed Maddie Buckley to some dark places, including that time she had to murder her abusive ex-husband in self-defense, but none have been more heartbreaking than her struggle with postpartum depression, which viewers watched play out over several months in this week’s episode. Monday’s hour also marked the return of actress Jennifer Love Hewitt, whose real-life postpartum journey overlapped with her character’s, an experience she undoubtedly pulled from in her unflinching portrayal of a terrified new mother in search of answers. Watching Maddie pull herself up from rock bottom served as a strong reminder of the incredible depth Hewitt brings to this role, one that continues to evolve in unexpected ways.