THE SHOW | Hulu’s How I Met Your Father

THE PERFORMANCE | If these last two years have taught us anything, it’s just how great it feels to finally reconnect with a friend you haven’t been able to see in some time. That’s what it felt like when Smulders reappeared as Robin Scherbatsky midway through Tuesday’s finale. We were seeing an old friend again.

From the moment the camera first panned over to reveal Robin seated at MacLaren’s Pub, it was as if Smulders had never stopped playing her. This was the same woman we’d known and loved for nine seasons on CBS’ How I Met Your Mother — and that in and of itself was no small feat. Many a sitcom revival has shown us how difficult it can be for actors to inhabit their former roles, but Smulders didn’t miss a beat. She charmed us as Robin reveled in meeting a real-life fan; she made us snort with the subtlest of “boos” once she realized that Sophie and Jesse hadn’t hooked up in the back of an Uber; and she made us teary-eyed as she glanced over at her old booth and recalled how she and her friends would routinely convene to discuss their love lives.

At the same time, Smulders found a way to modulate her performance juuuust enough to demonstrate that this was not a carbon copy of 2014 Robin. Six years removed from her marriage to Barney and eight years away from rekindling her relationship with Ted, this was a version of Robin who’d had time to reflect on her life and how the decisions she’d made over the course of her 42 years got her to where she is now: largely alone but professionally fulfilled. The way she let Robin light up as she recalled Ted saying “I love you” on their first date made our hearts skip a beat. And the slightly more authoritative tone with which she imbued Robin’s advice reinforced that she, too, had let fear stand in the way of a potential happily-ever-after.

But in the end, Robin’s confidence had not wavered. When she referred to herself in the third person as the “smoking hot yet somehow still full of gravitas news superstar Robin Scherbatsky” we grinned from ear to ear. The reunion might have been short, but Smulders made it sweet. 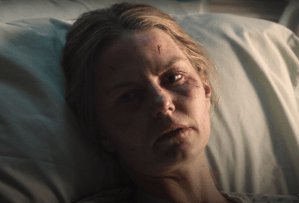 HONORABLE MENTION | We’ve previously lauded Jennifer Morrison‘s portrayal of This Is Us‘ Cassidy, and her work in Tuesday’s episode blew us away anew. The Once Upon a Time alum gave a heart-wrenching performance in the military vet’s hospital room, as Cassidy haltingly confessed to having a death wish as a result of her experiences in the military. With a slowly increasing stream of tears and a soft, gruff voice, Morrison conveyed Cassidy’s grief, hopelessness and shame, the character’s natural reticence warring with her desire to have someone witness her pain. By the time she fully collapsed into sobs, we were damn near right there with her. 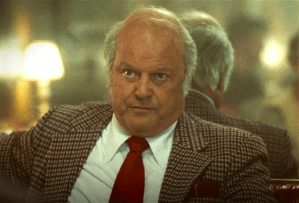 HONORABLE MENTION | HBO’s 1980s basketball saga Winning Time has a deep bench of great actors, and Michael Chiklis had a ball this week as legendary Celtics coach Red Auerbach. The polar opposite of flashy Lakers owner Jerry Buss, the cigar-chomping Auerbach is a blue-collar, no-frills kind of guy, and when Buss tried to impress him with a fancy dinner and sexy girls, Auerbach just scoffed. Chiklis tapped into the arrogance that comes with winning a dozen NBA titles as Auerbach laid down the law: “Championships aren’t won. They’re taken, by men like me.” All this winning has turned Auerbach into a “miserable f—king bastard,” by his own admission, but he wouldn’t have it any other way, and Chiklis was savage as Auerbach firmly put the newcomer Buss in his place. The Lakers and Celtics were fierce rivals throughout the ’80s, and we’re looking forward to seeing Chiklis’ Auerbach and John C. Reilly’s Buss go toe-to-toe for years, too. 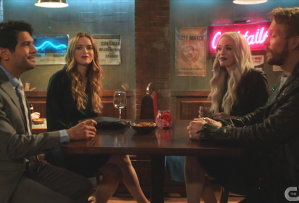 HONORABLE MENTION | While we may not tune into The Flash seeking out updates on Frost’s love life, we’ll be damned if Danielle Panabaker isn’t having an absolute blast playing both the sassy metahuman and her milder-mannered “sister.” This week’s episode — in which Caitlin and new beau Marcus stumbled into a double date with Frost and Mark —  was a highly entertaining showcase for Panabaker, who ever since Frost split off into her own entity has found more and more nuances between the characters. Frost is impetuous and a bit naughty, but she truly cares about “Caity”; similarly, straightlaced Caitlin can get fed up with Frost’s antics, but at the end of the day she envies the relationship she cultivated with Mark. Throw in some nifty, ever-evolving split screen work, and Panabaker shines opposite one of her best “scene partners” ever.