THE PERFORMANCE | The Season 4 premiere of NBC’s three-hankie family drama was admittedly a bit jarring, introducing us to a slew of new characters all at once — but we don’t mind as long they’re all as compelling as Morrison’s military vet Cassidy. The Once Upon a Time alum was simply stunning in her This Is Us debut, crafting a complex, wrenching study of a woman dangerously close to the end of her rope.

During Cassidy’s tour of duty, we saw her sensitive side during a tender Skype call with her husband, Morrison’s voice shaking as the soldier told him how much she missed him and their son. But she got tough, too, during a rivetingly tense scene where Cassidy pushed a local woman to give up the identity of a bomb-maker, with Morrison displaying complete command along with a steely determination. (This wasn’t the first time Cassidy had done this, we could tell.) Back at home, Cassidy found her time at war wasn’t that easy to shake — she started drinking heavily and accidentally slapped her son — and Morrison’s haunted, vacant look conveyed just how lost she felt. She let all of her troubles come spilling out at a support group for veterans, choking back sobs as she confessed how she can’t seem to feel anything anymore.

We still don’t know exactly how Cassidy fits into the This Is Us universe — she did cross paths with Uncle Nicky, which might mean she’ll play a role in Kevin’s future — but we know we want to see a lot more of her, after Morrison’s emotionally raw, impressively nuanced debut. 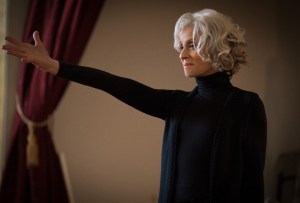 HONORABLE MENTION | Transparent went out singing this week with a musical wrap-up movie finale — which thankfully gave us another chance to appreciate the enduring greatness of Judith Light. Her Jewish mom character Shelly reacted to the death of her former love Maura by staging a play about her dysfunctional family, and it’s almost unfair to put the Tony winner on a stage; she ripped through a series of musical numbers with the spry energy of a 20-year-old. But it wasn’t all song and dance: Light was also touchingly bereft as the full impact of Maura’s death hit Shelly hard and made her consider all the mistakes she made as a mother. It’s hard to say goodbye to Shelly and the whole Pfefferman family… but Light came out for one heck of a curtain call. 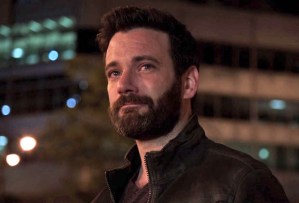 HONORABLE MENTION | In his final episode of Chicago Med, Colin Donnell made sure we knew just what we were losing with the departure of Dr. Connor Rhodes. Carrying the weight of all the tragedy his character had experienced – and, no doubt, some real-life emotions about his exit – Donnell’s performance was subtly moving and tinged with bittersweet memories. As Connor took one last look at the hospital, Donnell’s eyes glistened with the pain and guilt of ex-girlfriend Ava’s suicide. We also felt the doc’s sadness at having to leave behind the home and family he’d built for himself. “Would you mind saying goodbye to everybody for me?” a teary Connor asked his boss. “I think it might be a little hard.” Parting with the charming and talented Donnell was just as difficult. 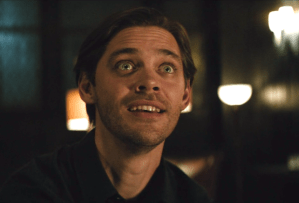 HONORABLE MENTION | At the heart of Fox’s Prodigal Son is a tug-of-war between a serial killer and the scion wary of his own sociopathic leaning — and in the title role, Tom Payne made a remarkable first impression by selling us on that conflict. When Malcolm, in flashback, bid his imprisoned dad adieu, to put his “unique” knowledge base to use as an FBI profiler, you sensed a reluctance to end their visits — and yet Malcolm knew that he must. And throughout the episode, Payne conveyed Malcolm’s explosive urges, such as when he chopped off a man’s hand (to save him). But it was Malcolm’s confession near the end of the pilot that made clear Payne will rivet us week-to-week: “I always thought I was afraid of my father and everything he taught me. But really, I was afraid of me, so I betrayed him.” Consider us slayed.