Monday’s episode of The Good Doctor marked the end of the Ethicure CEO’s reign of terror — but not before she nearly decimated the careers of St. Bonaventure’s finest MDs. Was it Lim’s “Magnificent Seven” that was ultimately responsible for “throwing her bandit ass out of town,” or was it up to an outside force? Read on to find out…

At the start of the hour, Lea and Glassman convinced Shaun to walk back his resignation and return to work. Best of all, there was nothing Ms. Morrison could do about it. (What, was she going to make a stink about the return of the hospital’s defacto poster child?) Still, Shaun was determined to speak out against the new boss alongside his fiancée Lea, his friends and colleagues at an upcoming board meeting, no matter the risk it posed to his residency.

Salen, meanwhile, took extreme action once she learned that several staffers had joined Lim’s efforts to vanquish her, firing the former chief, head of IT Lea and hospital prez Glassman — all in one fell swoop. She also threatened to end Asher’s fledgling surgical career, reminding him that he’d already killed a patient (see Season 4, Episode 16: “Dr. Ted”). 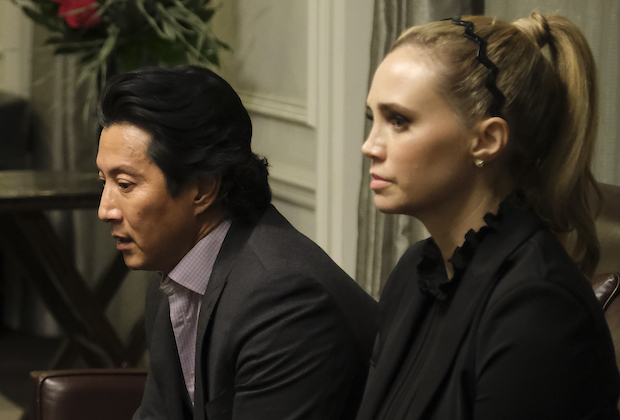 In response to Salen’s actions, coupled with new chief Andrews’ decision to take it on the chin, Park resigned in solidarity with his fallen colleagues. Even Morgan, who earlier this season lied to patient Nira about her best course of treatment for personal gain, finally saw the light. Rather than continue to kowtow to Salen in hopes of claiming Glassman’s clinic for herself, Dr. Reznick joined boyfriend Park and the other docs at the board meeting. She also shared with Park a letter she had sent to Nira confessing that she purposely failed to disclose an exploratory procedure that could have fully restored her vision.

Jordan also attended the meeting in solidarity, though it did not appear as though she planned to speak. She’d already explained to fellow second-year Asher that as a Black woman in one of the top surgical residencies in the country, she had to fight and fight hard to get where she is. She wasn’t scared to stand up to Salen; simply put, she was exhausted — a totally valid argument. 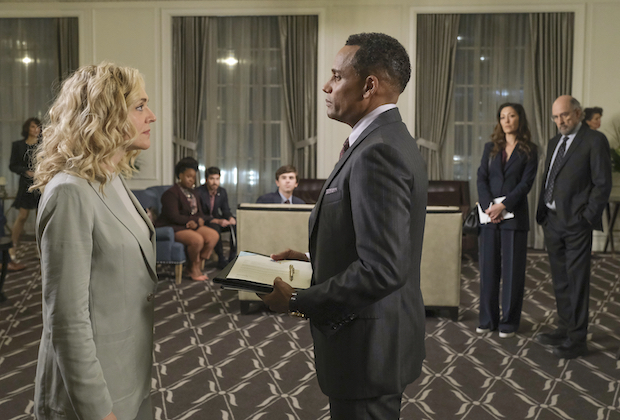 In the end, it was Andrews who finally took a stand against his crooked girlfriend. After pleading with Salen to hear Lim and his longtime comrades out, Andrews presented her with opposition research… on himself. If she was going to stick to her guns and proceed with the takeover without reconsidering some of her recent indiscretions, he, too, would speak out against her, and she’d in turn have to take him down. Alas, whether it was her brief relationship with Andrews that meant so much to her, or the fact that she had no more allies inside the hospital, Salen decided to cut her losses and call off Ethicure’s acquisition. In turn, Park returned to work; Shaun, Lea and Lim were reinstated; and Andrews reclaimed his former job as hospital president. Unclear from the episode-ending montage was whether Lim was reinstated as chief of surgery (presumably she was, seeing as how Andrews serving as both president and chief became an issue in Season 2), and to what capacity Glassman has returned to the hospital — if at all.

What did you think of The Good Doctor Season 5, Episode 10? Were you satisfied with the resolution to the Ethicure storyline? Relieved to see Salen hit the bricks? Drop your thoughts in a comment below.