Giancarlo Esposito is taking another ride with AMC: The Breaking Bad and Better Call Saul star has signed on to play the title role in The Driver, a new drama coming to AMC and AMC+ next year, TVLine has learned.

Based on a UK series, the six-episode drama will star Esposito as a taxi driver “whose life is turned upside down when he agrees to chauffeur a New Orleans-based Zimbabwean gangster notorious for exploiting undocumented immigrants at the U.S. southern ports,” according to the official description. Billions writer Theo Travers will serve as showrunner.

“Giancarlo is a singular talent who is already beloved by AMC viewers through his standout performances in Breaking Bad and Better Call Saul,” AMC entertainment president Dan McDermott said in a statement. “We are excited to be continuing his relationship with AMC and AMC+ in a series built around him and an unforgettable character who takes what he thinks is a straightforward job opportunity and finds himself confronted with a world that tests him in ways he could never have imagined.” 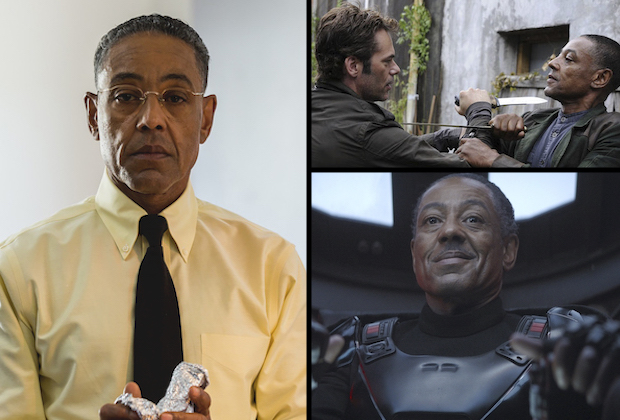 Esposito is best known to TV fans for his role as unassuming drug kingpin Gus Fring, first on Breaking Bad and later on the prequel spinoff Better Call Saul. (Saul kicks off its sixth and final season on AMC next month.) The role has earned him three Emmy nominations for Best Supporting Actor in a Drama across the two series. He also plays Moff Gideon on Disney+’s Star Wars offshoot The Mandalorian. His other TV credits include Godfather of Harlem, Revolution, Dear White People and Once Upon a Time.