How I Met Your Father‘s two-part finale kicks off with the unexpected return of not one but two fan-favorite recurring characters from CBS’ How I Met Your Mother.

We open with an unfaithful Captain in bed with another woman. Moments later, Becky walks in on her husband’s rendezvous. The betrayal is being recalled by 58-year-old Sophie, who stops short of revealing to her son how “this cheating couple and their weird boat kinks” tie into her own love story. “This affair will be important later,” she assures him. 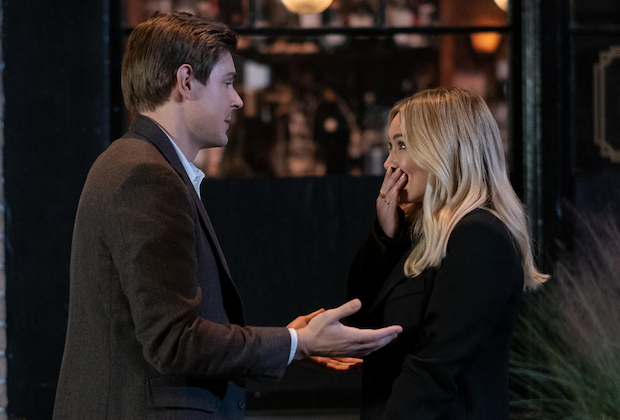 The present-day storyline, meanwhile, picks up after Sophie and Jesse’s first kiss. Sophie breaks things off with Drew, while Jesse goes and confronts ex-girlfriend Meredith in hopes of getting closure. Instead, Meredith admits that she has regrets about breaking up with him, then offers him a gig as her touring pianist. As the episode draws to a close, Sophie is seated at a restaurant for what is supposed to be her first date with Jesse, who apparently is running late.

Also of note: Throughout the episode, Ellen is struggling to pick out the perfect outfit for a job interview. She’s up for the position of assistant produce buyer at — wait for it! — Goliath Market’s corporate office. #EasterEggAlert

After screening the episode, TVLine hopped on the phone with series creators Isaac Aptaker and Elizabeth Berger to discuss those surprise returns — as well as Ellen suiting up for a gig at a potential GNB subsidiary.

TVLINE | Up until this point, the apartment was the thing that tied these two shows together. Why was now the right time to starting merging the worlds of Mother and Father, with the return of The Captain and Becky?
APTAKER | It takes a while, especially on a multi-cam show, to get to know the characters, the friend group and the vibe, and we wanted to make sure to give How I Met Your Father room to stand on its own two feet before we started bringing in bigger pieces from the expansive How I Met Your Mother universe. Towards the end of this season felt like the right time to dip our toes into the water and bring some of those beloved characters back. 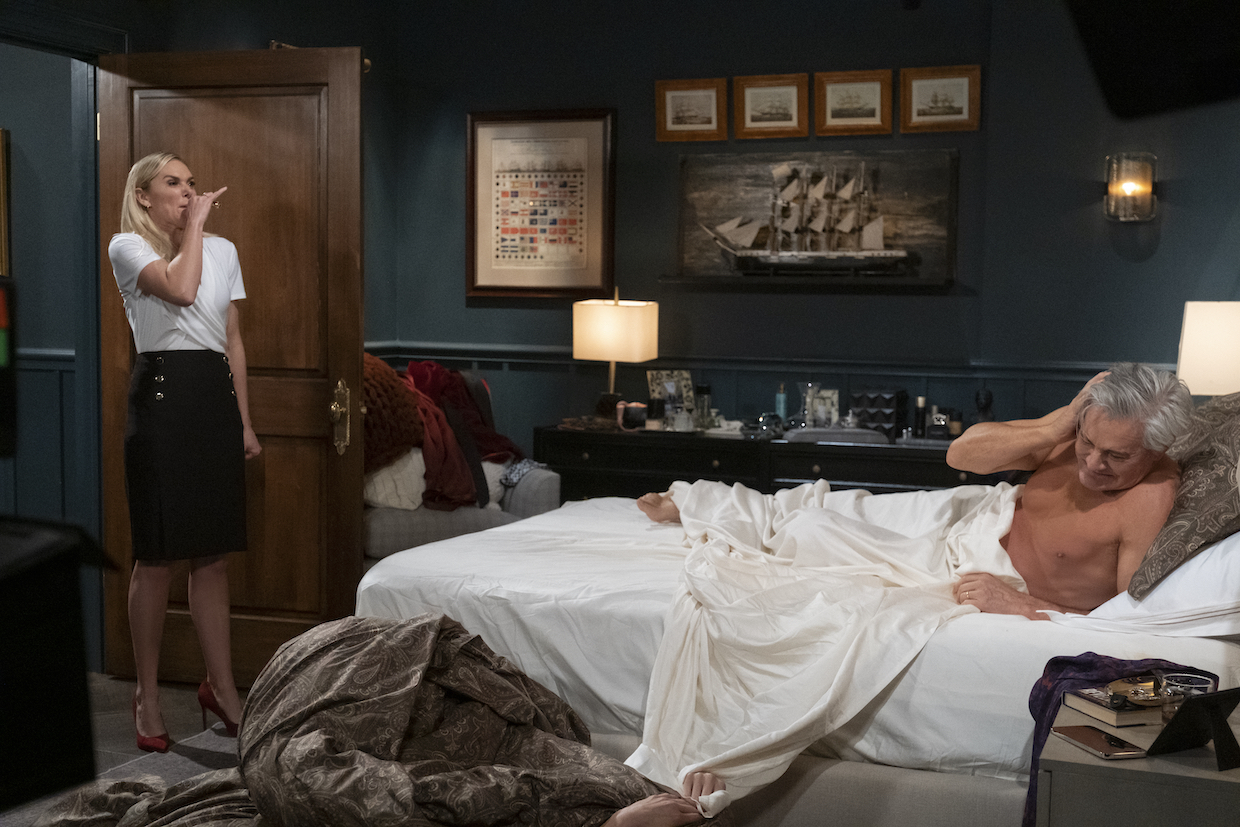 TVLINE | Last we spoke, you mentioned how having this 10-episode order up front afforded you the opportunity to map out Season 1 well in advance. How early in the process did you know that The Captain and Becky would play a part in Sophie’s journey?
BERGER | Pretty early on. We were really excited by the idea that something mysterious would be happening… and it felt really exciting to have that mystery involve [established] characters, as opposed to random people.
APTAKER | Kyle MacLachlan was in Australia doing another project — and with COVID, we had to have this back-pocket plan that it would have been a new invention of this affluent, New York socialite couple. But our first choice, of course, was to use The Captain. The stars aligned, and we were able to get him on a plane back to Los Angeles.

TVLINE | It sounds like it came down to the wire…
APTAKER | Kyle was on board [with the idea] right away. He’s very close with [original series creators] Carter Bays and Craig Thomas, so he was like, “Oh my God, yes! I’d love to come back… caveat being I’m across the world on another project and there’s a pandemic going on.” So he said, “As long as my other production will clear me and I can be back in L.A., I’m there,” which became a bit of a nail biter to see if that would come to fruition. Laura was already in L.A., so she just had to hop in a car. There was no international travel.
BERGER | Less of a nail biter! [Laughs]

TVLINE | Did you take any additional measures to guarantee their returns were kept secret?
APTAKER | We have a live feed that goes out to everyone who is working from home, so whenever we do bigger, secretive stuff like this, we cut the live feed so it’s very limited in terms of who is able to see. And then we redact pages from scripts to limit distribution. We’ve learned from [co-showrunning] This Is Us to do what you can to keep things under wraps and try to surprise people.

TVLINE | As a viewer of This Is Us, I’ve learned that future-set scenes typically involve old-age makeup — but Becky and The Captain do not appear to be caked in old-age makeup here. Can you confirm whether their scene is set in the present day?
APTAKER | People are going to have to wait and find out. But I will say, both Kyle and Laura do not age. They’ve got that Paul Rudd effect where it seems like whatever cream they put on at night has frozen them in time, so even if this was 40 years in the future, I’m not sure they’d look any different. They’d both look pretty incredible. 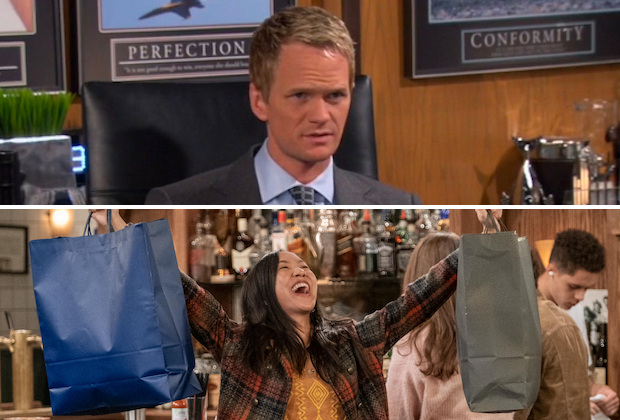 TVLINE | Ellen is preparing for a job interview at the Goliath Corporation. Is this meant only as a wink to Barney and Marshall’s former employer Goliath National Bank, or should we infer that these two entities are in some way connected?
BERGER | Obviously, nothing we do in that respect is accidental, but it’s too early to say if there is a bigger connection going on there.
APTAKER | Once Amazon bought Whole Foods, it felt like, “Who can’t own an organic grocery store?” [Laughs] It felt like a good synergy.

Were you excited to see The Captain and Becky again? How do you think they’ll play into Sophie’s story? And did your ears perk up when Ellen mentioned Goliath Corp.? Hit the comments with your reactions to Episode 9.